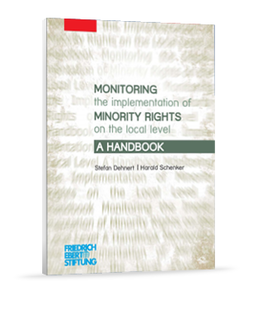 During the ongoing process of European integration or, in other words, as a result of their striving for accession to the European Union, all states in Southeast Europe have been subjected to specific sets of monitoring their performances, not only by the European Union, but also by other international bodies, such as the Council of Europe. The issue of majority-minorities relations have been and continue to be a sensitive one in Southeast Europe, but also beyond this region. It is today a precondition for accession to the European Union to solve potential inter-ethnic conflicts and to balance the system in a way that makes the relations between the majority and ethnic or national minorities one of mutual acceptance and respect, based upon the principle of non-discrimination. To achieve this, most countries have passed a variety of legislation, with successes in its implementation varying from country to country. 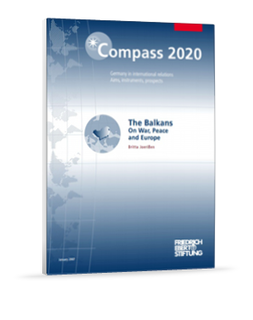 The larger the European Union becomes, the fewer are the countries left outside its borders cherishing the hope of membership. For the Western Balkans, the question is what kind of European future lies ahead. The accession of Romania and Bulgaria to the EU together with the progress made by Croatia and Macedonia on the road to Brussels could serve as further encouragement to the remaining Balkan states to pursue their transformation process; political progress would be followed by an economic upswing which could have a positive impact on the employment situation and the struggle against poverty. Tensions between the ethnic communities would no longer be served up to explain domestic calamities or to justify political decisions. We are in the second decade of the 21st century, the Golden TwentyTwenties. It would be the heyday of the advocates of reform – and also the heyday of Germany and the European Union – for their foreign policy of safeguarding peace and advocacy of a sustainability-driven democratisation process has produced very visible results. 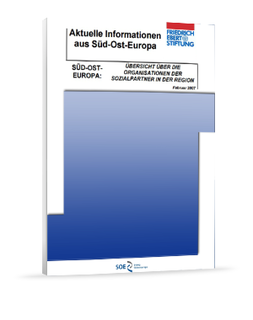 The divided situation in the region has not substantially been improved over the past few years. This applies to both sides of the social partnership. On the trade-union side there is but little change. In Albania, the two trade union federations grew closer and are cooperating on resolving important issues. Bosnia-Herzegovina, however, did not yet see the formation of a trade union confederation between the unions in the Federation and the Republika Srpska.