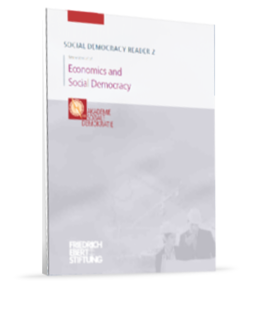 The financial and economic crisis was a turning point. The problems that con- front us go beyond mere coping with the particular consequences of the crisis, and concern the very foundations of our society. We have to decide today how we want to live and work, not just over the next few years, but over the coming decades. What would a fair and solidarity-based economic order look like? What kind of balance must be found between state and market? How can a modern, value-oriented social democratic economic policy prevail? 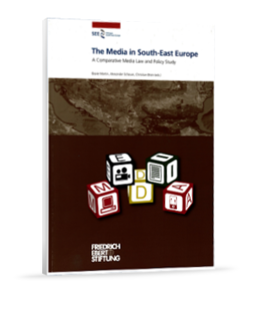 The media are of outstanding importance for our European democracies – and certainly also beyond them. They are considered to be of the highest relevance for the formation of opinion, both individually and collectively, and a basis on which the citizens rely when gathering information and, subsequently, when exercising their role in the democratic process, mainly through voting in elections and referenda.Because the potential influence of the media hence can hardly be underestimated, it is necessary to continue efforts to bring a con-siderable level of transparency into the con-ditions under which the media, foremost the press, broadcasting, online services and film, function – entailing both the media law and policy framework as well as other conditions which have an impact on their actual practice. 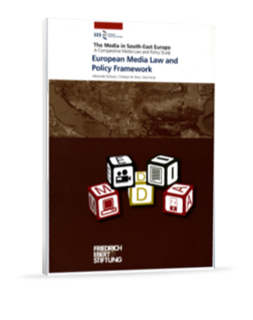 The benchmark applicable to numerous aspects of media law and policy at the national level is mainly set by the standards which can be derived from binding legal requirements and additional instruments issued at the Council of Europe as well as adopted by the European Union. In this respect, the present analysis titled “European Media Law and Policy Framework” forms an integral component of the study “The Media in South-East Europe”. The Friedrich Ebert Foundation – Regional Project South-East Europe has commissioned the Institute of European Media Law to conduct this study which should not only explore the market and legal conditions of the media sector in the countries concerned, but also identify suitable remedies that could be suggested in order to help improve, and overcome possible shortcomings in, the situation actually encountered. 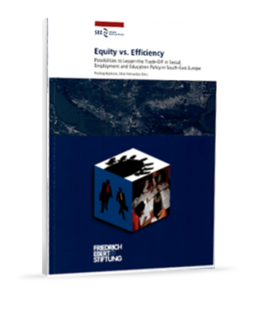 With the end of socialism, South East European societies experienced a most dramatic increase in poverty and socio-economic inequality. Some might have hoped that the transition from the generalized inefficiency of bureaucratic socialism to Western-style capitalist market economies would bring Western-style mass prosperity to South Eastern Europe, but the actual experience of social polarization prove the opposite.It is much less clear how social inclusion can be re-established in economies that have productive employment only for a reduced part of the country’s work force and in states that no longer are able to appropriate and redistribute much of the national product. On the other hand, the protracted existence of large-scale social exclusion is a blatant offense to the ideal of a “good” society and of a democratic state that is at the service of all its citizens. It is entirely out of tune with the “European Social Model” and with the region’s European aspirations. 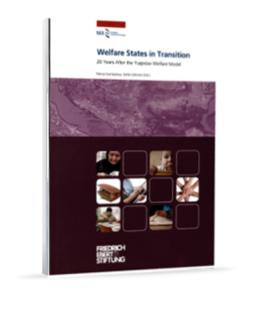 When the Friedrich-Ebert-Stiftung started its regional project in South-Eastern Europe in the year 2000, one issue was at the top of the agenda – the social dimension of the post-Yugoslav and post-war transition process. Neglected by many, the social consequences of war as well as the weaknesses inherited from the past represented a serious threat not only to the citizens of the region but also to all ambitions of the International Community to appease and stabilize South-Eastern Europe – it constituted a veritable threat to peace. The Friedrich-Ebert-Stiftung, which draws its foundations from the traditions and values of social democracy, chose to highlight the need that economic and political transition has to go hand in hand with social protection. Thus, we promoted the view that policy makers should keep an eye on the pillars of the welfare state, which came under high pressure due to increasing unemployment, economic collapse, regional disintegration and rising numbers of people depending on social remittances. 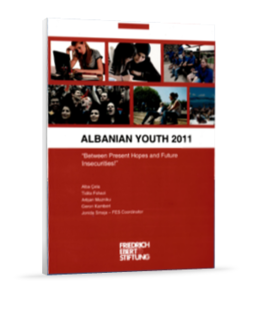 "The Albanian Youth 2011" is a novel study trying to shed light on the Albanian youth stances vis-à-vis the current Albanian society values. This publication is an initiative of the German "Friedrich Ebert" Foundation (FES), supported by German and Albanian professors. It is special in its kind as it aims at providing a general reflection of the stances of Albanian youth on certain issues like the family, religion, society, education, employment, leisure time or their views on Albania’s relationship with other regional and EU countries. The study is a testimony of the youth representation level vis-à-vis international development and changes undergone by the Albanian society. 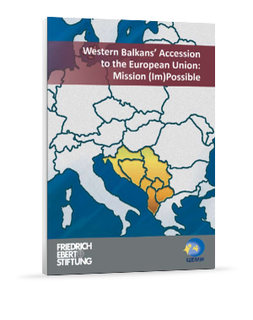 After the successful research projects “Bulgaria in Europe and the World” and “Europe Looks to the East: Тhe Eastern Partnership One Year Later”, the Centre for European and International Studies (CEIS), together with the Friedrich Ebert Foundation in Bulgaria and Kristian Vigenin, MEP and Head of the PES Western Balkans Task Force, launched “Western Balkans’ Accession to the European Union: Mission (Im)Possible”. The goal of this project was to give the opportunity to students and young professionals to research the long process of accession of the Western Balkans to the European Union. We chose to research this specific topic, because often our politicians are tangled in petty domestic issues or deliver grand speeches on global problems, but we rarely hear them discuss the relations with our closest neighbors. Apart from the clichés that Bulgaria support European Union (EU) enlargement with the Western Balkans if and when they met the membership criteria, we, the citizens, do not see any targeted discussions on the matter.