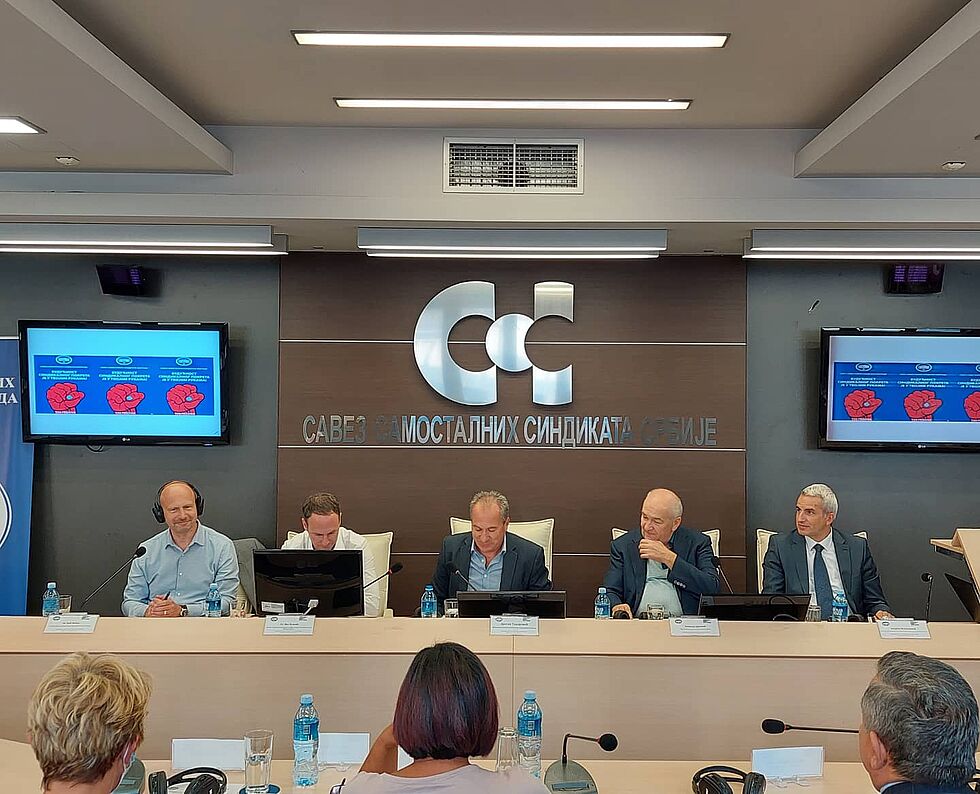 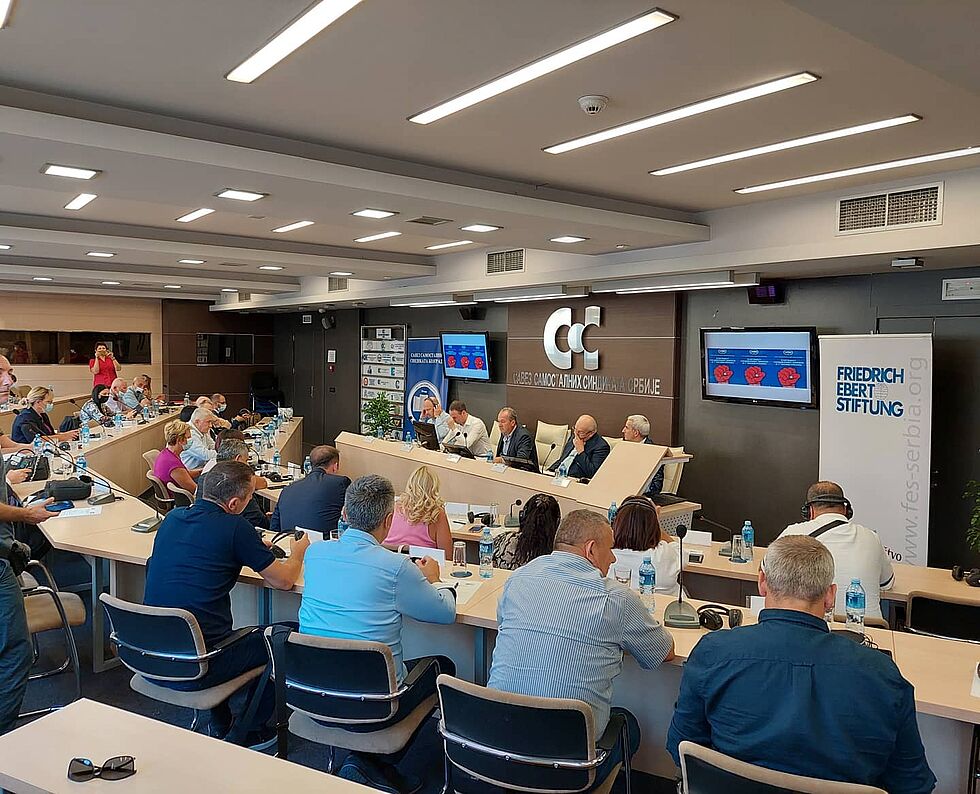 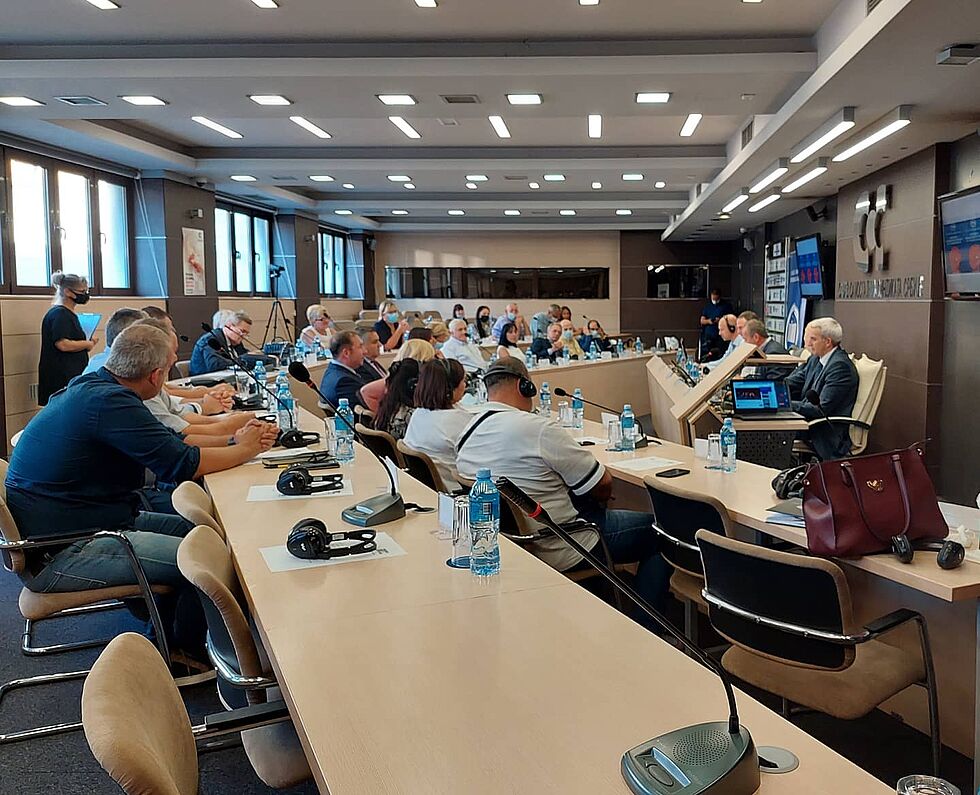 The participants of the conference were welcomed with opening remarks from co-presidents of the Belgrade Confederation, as well as Dr. Ralf Melzer and Dr. Max Brändle, on behalf of FES regional and national office, respectively. All speakers highlighted the importance of regional cooperation, as well as the crucial position of the trade unions.

Over the course of the three days, trade union representatives worked on several important topics. The workshop started with the most pressing situation today, bearing in mind the implications of COVID19 on the economy, including labor, and society in general. The goal of the panel was to define possible objectives for a Western Balkans recovery, in which the trade unions would be one of the key actors in re-building a better post-pandemic way forward.

In addition to addressing the rightfully unavoidable topic of the current global health situation and is already visible consequences, the topic of ways forward was broadened to include other future challenges of the new era. On future of work, the participants from the region also engaged in a conversation with representatives from the European Trade Union Confederation (ECTUN), in a hybrid format.

The concluding discussion of the event was on the existing social dialogue in Serbia, with government and trade union representatives in Serbia.

This regional conference was one of the first steps that aim to intensify regional networking and cooperation of trade union representatives in the Western Balkans. Friedrich-Ebert-Stiftung remains committed to working with trade unions, as a key component in building a just society in the region.