As the opinion-formers including in the Western Balkans are increasingly debating European integration as a whole, the Friedrich-Ebert-Stiftung (FES) Dialogue Southeast Europe organized another event, this time in Brussels, on 21st of November to discuss new FES findings on inequality in Southeast Europe and how it relates to European integration. 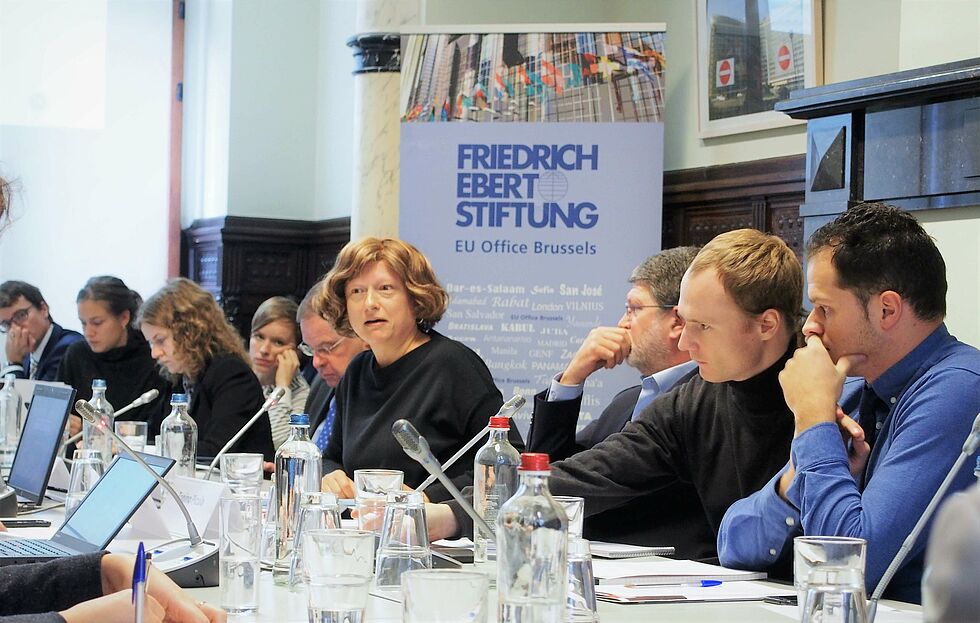 The gathering was very successful with over fifty participants, from different organizations and think-thanks, the European Commission, and from the European Parliament. It was opened by a presentation of study findings, and followed by commentary and debate.

Based on the study, transition processes in the “EU discourse” are almost synonymous with economic growth. With the focus on the EU integration process within the non-member states of the region, it seemed necessary to address the possible barriers on this path. According to the report, the core of the region’s economic disposition was a high level of income inequality, resulting in many disadvantages for the population.

Therefore, when talking about “functioning market economies” it was important to begin with inclusiveness and fostering equal opportunities. For an unfair economic competition would bring about more social and political inequality, which was contradictory to the goals of democratization and ultimately undermined the purpose of the process.

The Western Balkans is characterized by a notable degree of economic stagnation or at least growth below its potential ever since the financial and economic crisis of 2008. The report suggests several policy directions that could revitalize the region while taking the obstacle of inequality into account.

At the presentation in Brussels, Mirna Jusić, author of the report, elaborated more on the results, while Nikolina Obradović from the University of Mostar and Tonino Picula, member of the European Parliament, delivered comments. The Q&A session was very engaging and broadened the discussion on the core concept that inequality is in fact hindering countries in the region from achieving substantial progress and economic prosperity.

A common takeaway was the need to put more emphasis on the topic of inequality. For aspirations towards change and turning towards peace and reconciliation within the region could only be met by economic recovery. The revival of economics through a program with an authentic social agenda would bring the social opportunities, sense of security, higher degree of trust and participation that people in the Western Balkans needed.

If you are interested in reading our full report and policy paper, you can find them at this link.