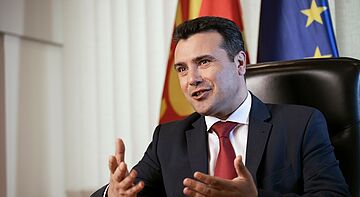 On the second anniversary of signing the Prespa Agreement, the Friedrich-EbertStiftung announces that Zoran Zaev will be awarded the Human Rights Award 2020. The Friedrich-Ebert-Stiftung honours Mr. Zaev's personal commitment to the conclusion of the Agreement and his efforts towards a European future and a free and…

The EU-summit on May 6, 2020, will confirm the good news for the Western Balkans: the European Commission will start accession talks with North Macedonia and Albania. The bad news is: if talks and negotiations follow “the business as usual” path we cannot expect a lot to change. The European project so far did not…

From April 6th onwards, the Friedrich-Ebert-Stiftung Dialogue Southeast Europe and the Austro-French Centre for Rapprochement in Europe have started a new series of workshops and discussions in the context of the Conference on the Future of Europe. 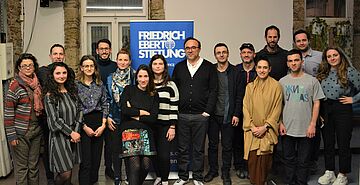 From 15th to 16th of February 2020, the FES hosted in Athens a second in a series of Green Grassroots Activism conferences. The main objective of the two-day event was to strengthen networks for activists in Southeast Europe and discover avenues for future collaboration.

On 28th of November 2019 the Friedrich-Ebert-Stiftung Athens, supported by the FES Dialogue SOE, organized an alumni meeting for the Progressive Youth Academy. Participants from seven renditions of the Academy seized the opportunity to reconnect and exchange their forward-thinking ideas, as an integral part of their… 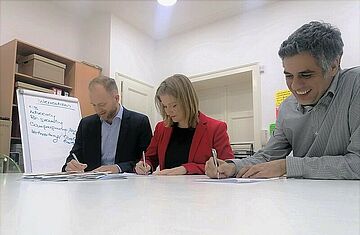 On the 15th of January, 2020, the Friedrich-Ebert-Stiftung Dialogue Southeast Europe signed a Cooperation Agreement with the European Fund for the Balkans and Arbeiter-Samariter-Bund in Belgrade. The partners stated they were looking forward to continuing and deepening their collaboration on social policy development… 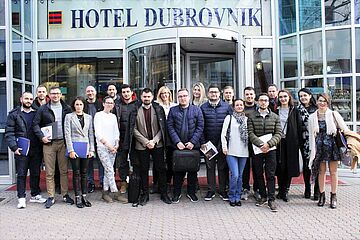 On 13th of December, Karl Renner Institute in Vienna hosted a round table titled “European Integration – An update on the Western Balkans”. The event gathered representatives from the Party of European Socialists, European Union, experts and organizations working in the region.