Closing the French Presidency over the European Council, in the spirit of Austro-French-German friendship, the Embassies of France, Germany and Austria in Sarajevo, in cooperation with the Friedrich-Ebert-Stiftung Dialogue Southeast Europe and the Austro-French Centre for Rapprochement in today Europe opened a conference on European security and the Western Balkans. 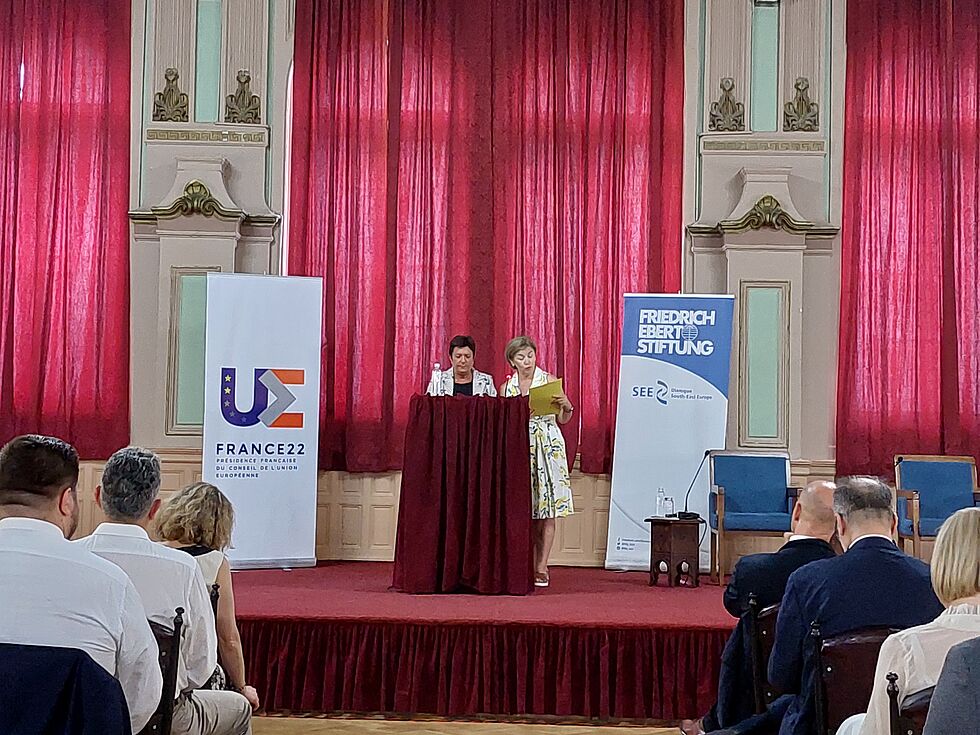 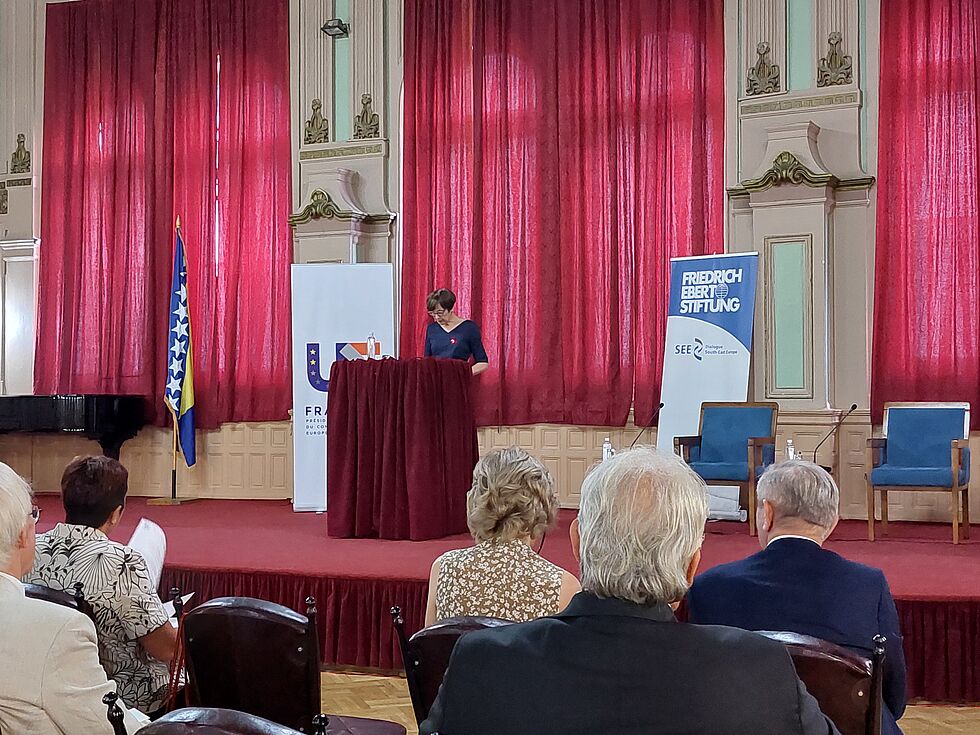 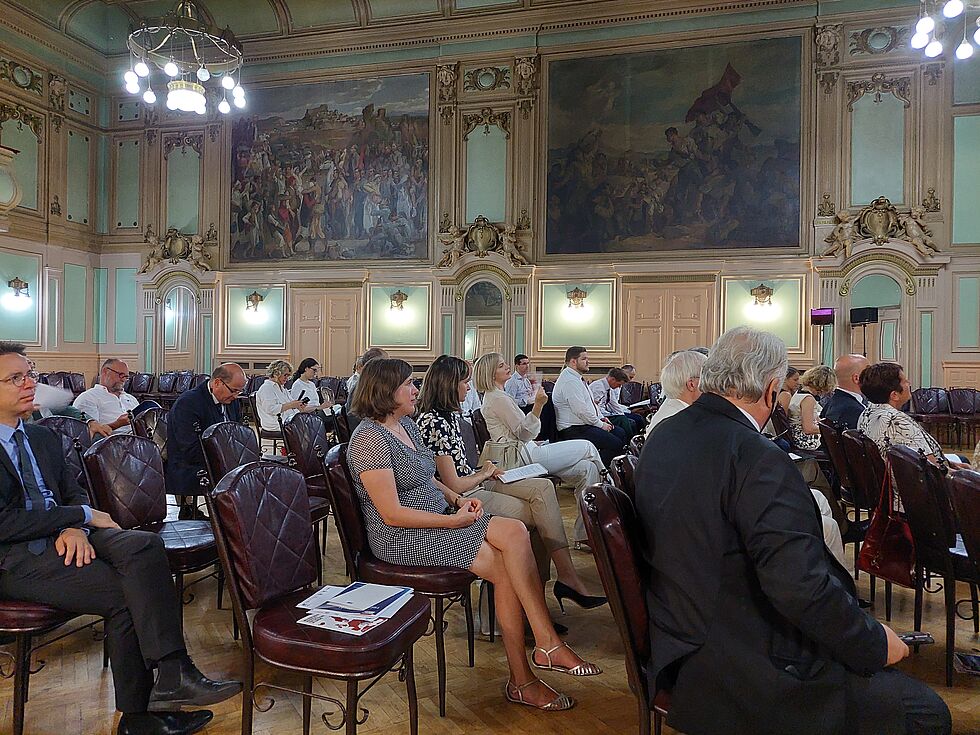 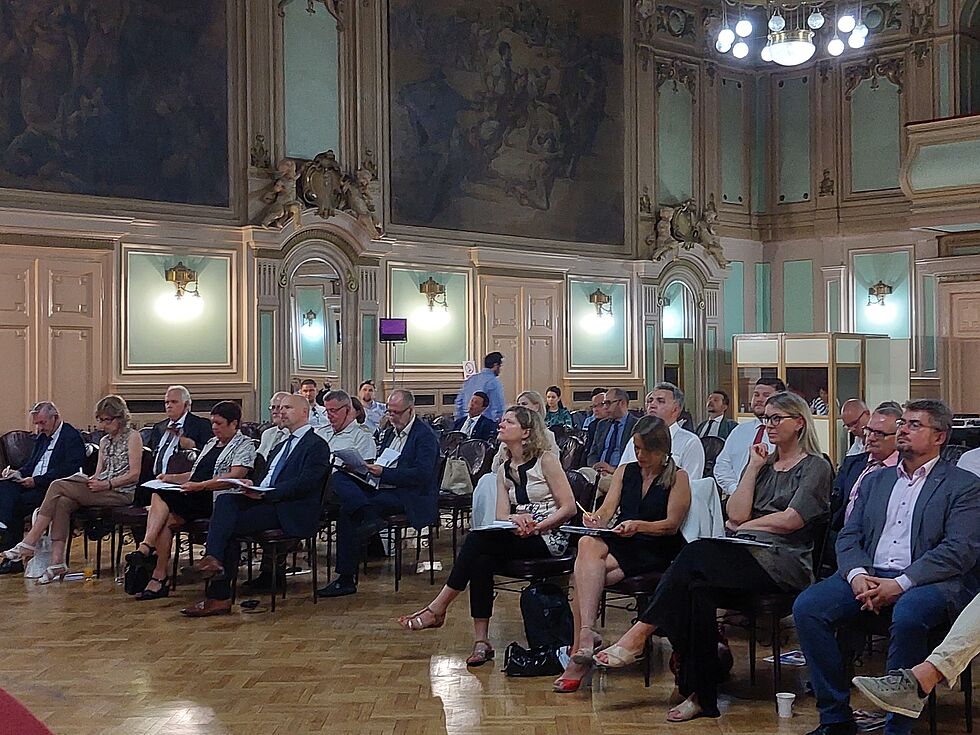 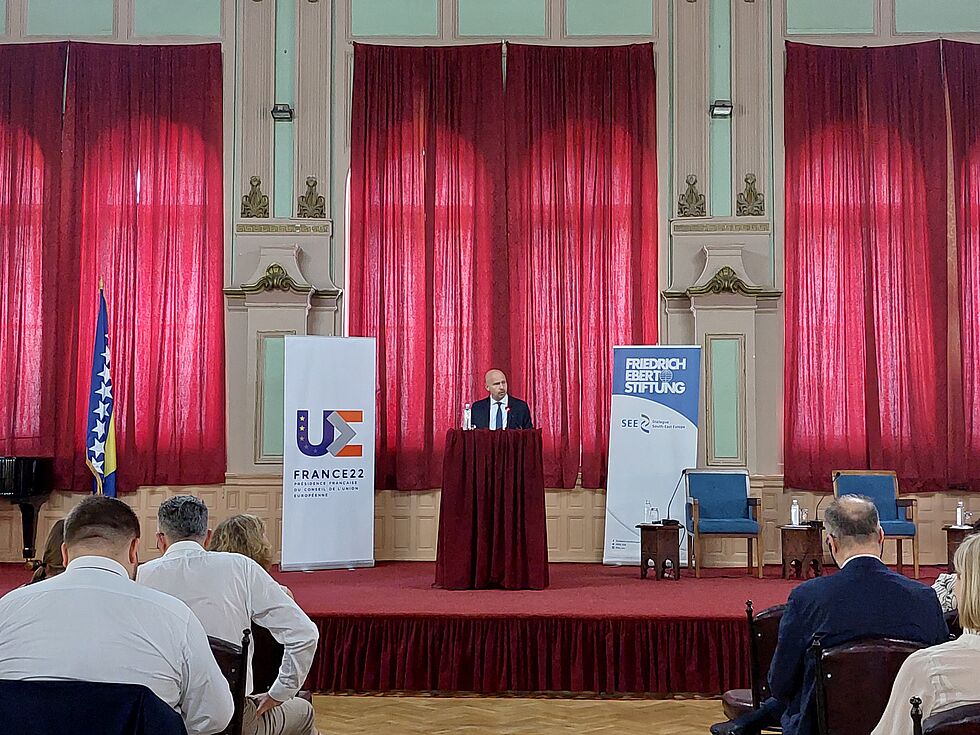 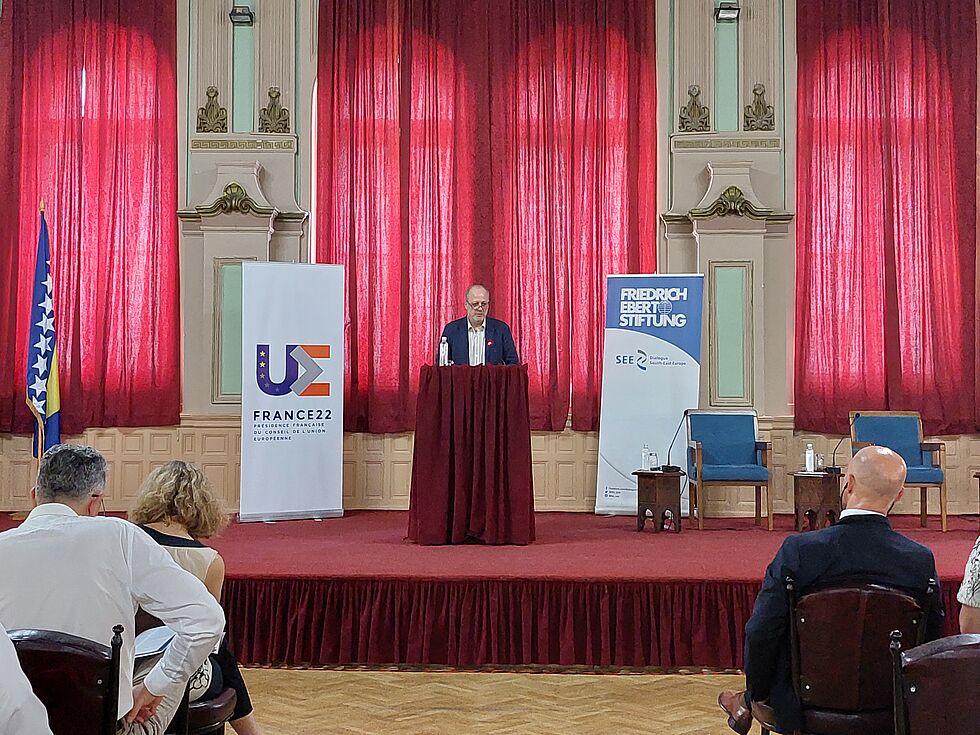 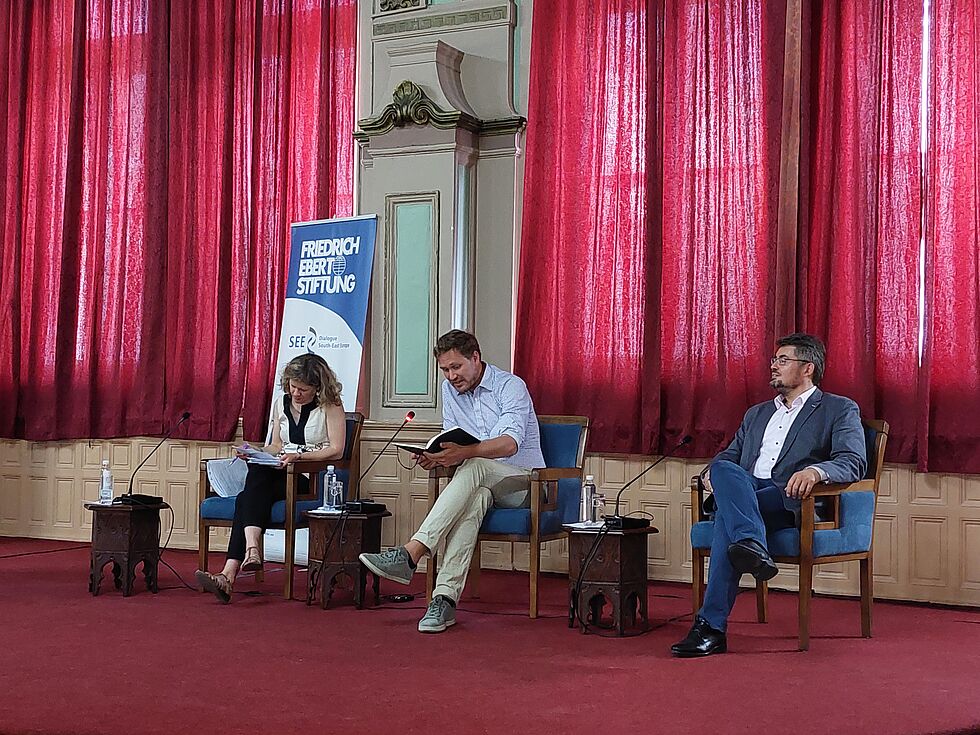 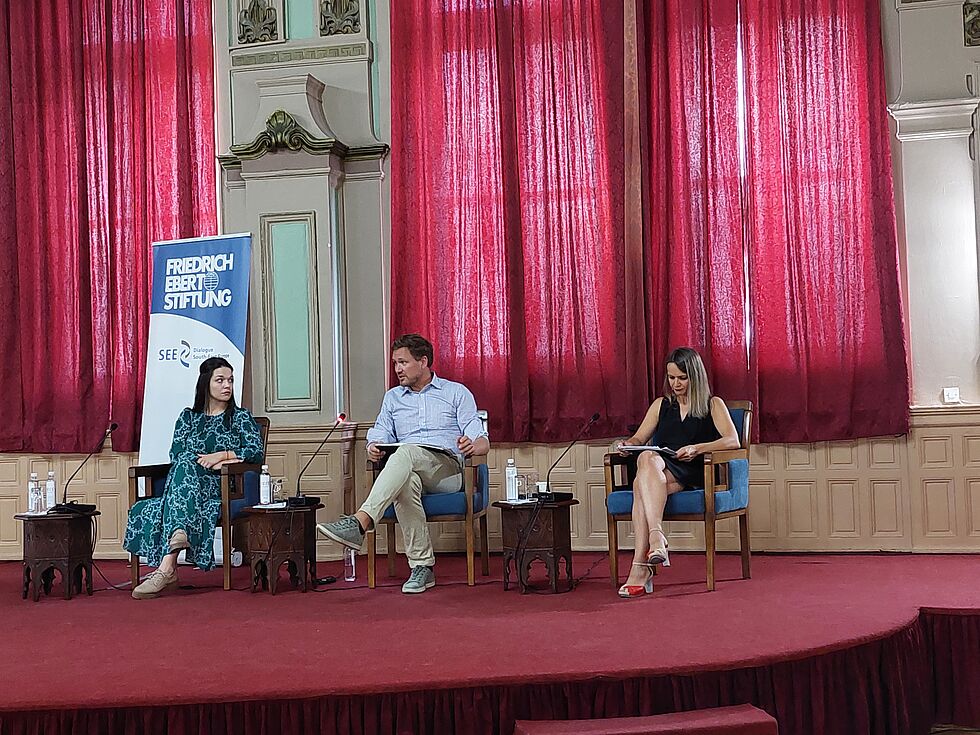 The Russian invasion of Ukraine, one of the EU’s closest neighbors, is a watershed moment in Europe and beyond. It has affected all regions in Europe, including the Western Balkans, and exacerbated tensions, also in Bosnia-Herzegovina. This war in Ukraine has shattered the remaining illusions in Europe that power politics belong to the past and economic integration will ensure peace on the Old Continent and Balkan peninsula. To respond to the new challenges spurred by the emergence of this new age of geopolitics, the EU has accordingly started to strengthen its defense capabilities and geopolitical toolbox.

The conference was organized to answer several strategic questions, that go beyond the current crisis, and that need to be urgently addressed, like the new French proposal on the European Political Community, and what does it mean for the Western Balkans – in particular for Bosnia and Herzegovina.

In the opening remarks, Ambassador of France to Bosnia and Herzegovina, Christine Toudic emphasized that the consequences of the Russian aggression on Ukraine are felt in countries neighboring the European Union, therefore, the Union is strategically responding to new challenges. The destabilizing potential of Russia is potent in the region, especially in Bosnia and Herzegovina, which is why the invasion is influencing a reshaping of the enlargement policy and the strategic approach of the EU to the region.

Her speech was followed by welcome address from Ambassador of Germany to Bosnia and Herzegovina, Margret Uebber. Madam Ambassador stated that: “Whatever happens in the Balkans will affect us in the EU as well – and vice versa. The WEB is a part of the economic, human, and political geography of the European Continent. Also, it is a region striving to join the European Union. Preserving peace and stability and enhancing sustainable economic development and prosperity in the region must be our fundamental interest.”

On behalf of the Friedrich-Ebert-Stiftung, Head of Regional Office, Ralf Melzer highlighted that „the European Union must prove its internal reform capability to fulfil its role of a sovereign actor that contributes to shaping the world order based on rules and to oppose those who undermine multilateral principles. In the light of the Ukraine war, geostrategic aspects should be more in the focus of enlargement policy and the basic ideas of the EU should be revived: peace, democracy, and solidarity.

The opening remarks of the organizers are followed by a keynote address from Denis Hadžović, Head of Minister's Cabinet at the Ministry of Foreign Affairs of Bosnia and Herzegovina. Mr. Hadžović expressed his appreciation for the support and friendship of EU Member States and their respective Embassies, reiterating that the accession process is important for Bosnia and Herzegovina. He stated that there were hopes for an acceleration of the enlargement process, but regardless, it is important to use all possible avenues, including the proposal of a European Political Community as avenues for more cooperation.

The program encompasses two strategic discussions with regional and European expertsTomáš Strážay, Majda Ruge, Helena Ivanov, and Clotilde Warin. The first strategic discussion focused on the security potentials of the EU, and the stakeholders in the multilateral international order, where strategic autonomy of the EU is becoming increasingly possible, but not without partnership with the United States. The second strategic discussion focused on the Enlargement Process of the EU and the consequences of these pivotal security and strategic changes for the Western Balkans. In an international setting where other actors, like Russia and China, show interest in the region – bringing back the credibility to the enlargement process has no alternative. The discussions were moderated by Florent Marciacq (Austro-French Centre for Rapprochement in Europe).

The conference was closed by Ambassador of Austria to Bosnia and Herzegovina, Ulrike Hartmann, who concludedwith saying that there is a clear EU commitment to enlargement, but also the expectation towards local decision makers to show political will for reforms according to European standards. The EU has shown greater engagement after the outbreak of the Ukraine war on security issues, within the Union, but also together with its partners. Ultimately, we are talking about defending values and international rules and want the Western Balkans on board. 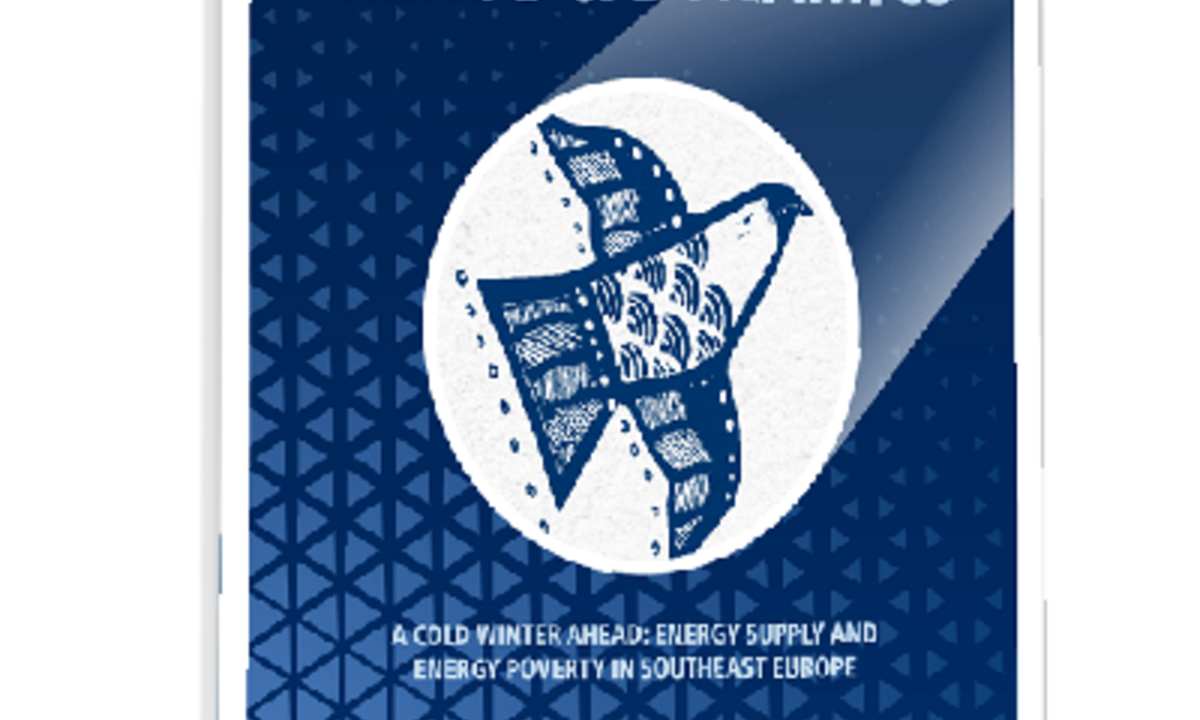 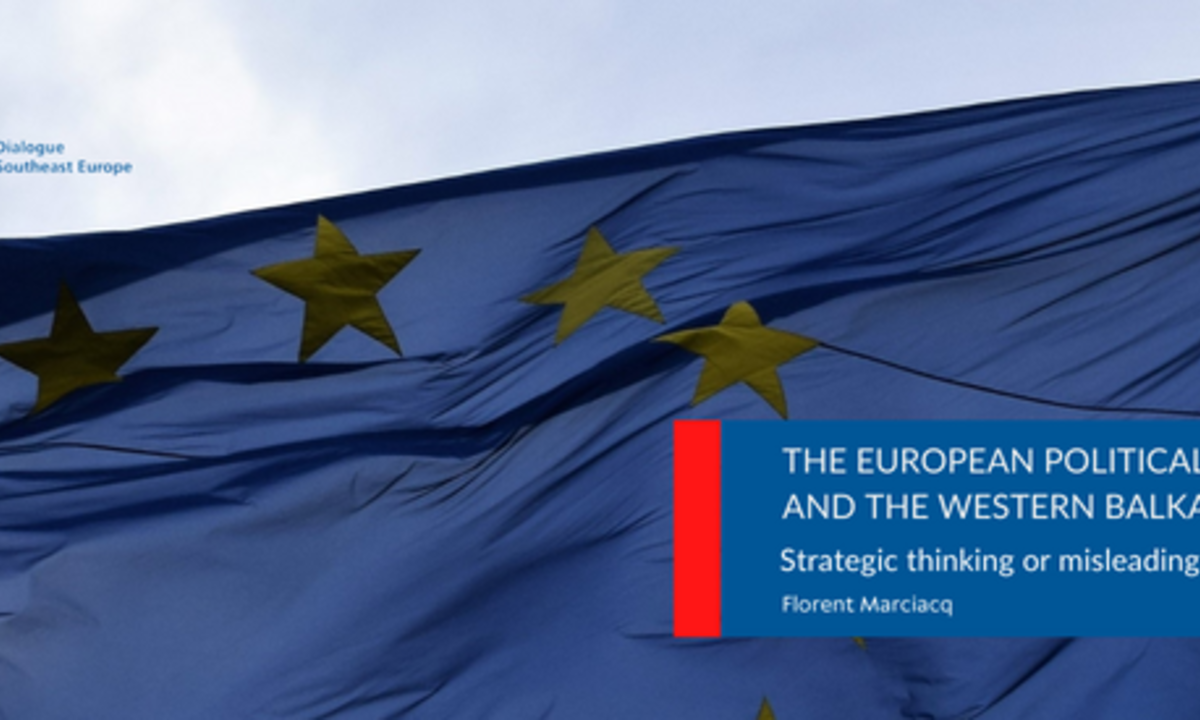 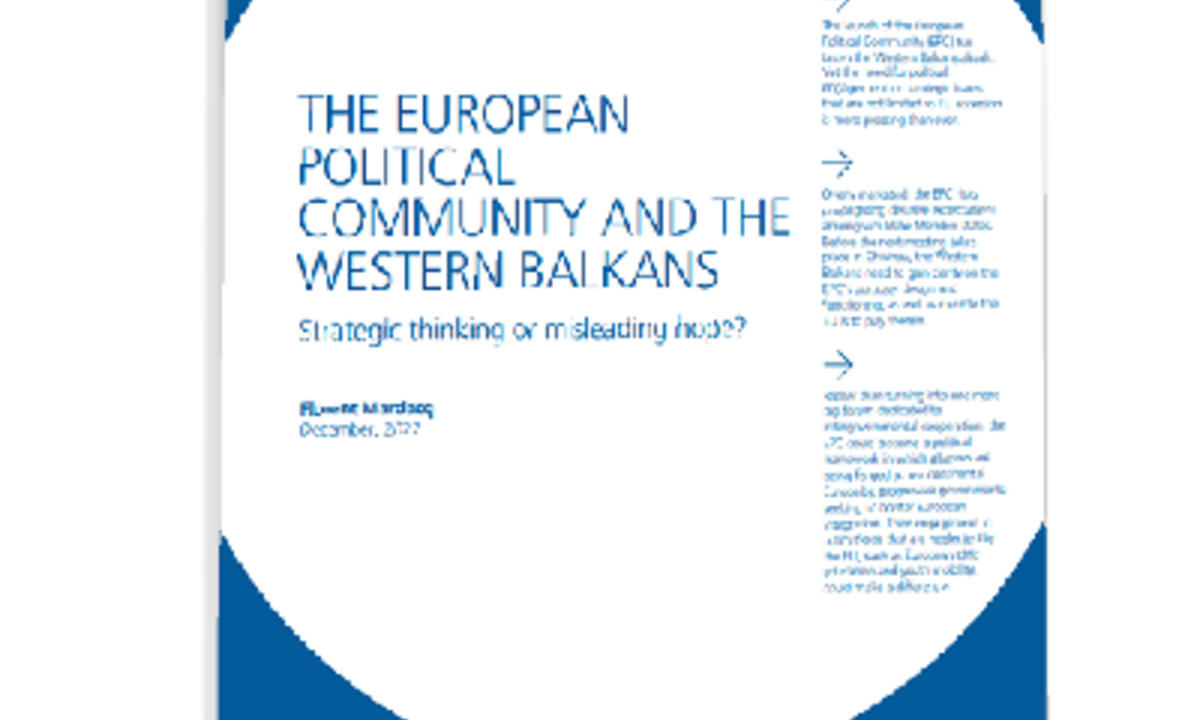