On 16th November, Friedrich Ebert Stiftung hosted the Human Rights Award 2020 ceremony in Berlin. This year's award was given to the Prime Minister of North Macedonia, Mr. Zoran Zaev, for his personal commitment to the conclusion of the Prespa Agreement and his efforts towards a European future and a free and open society. 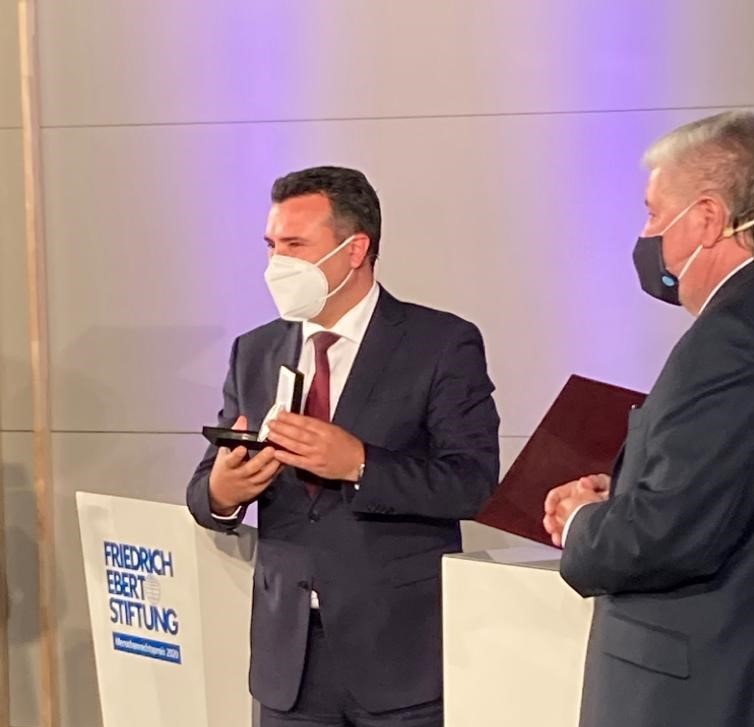 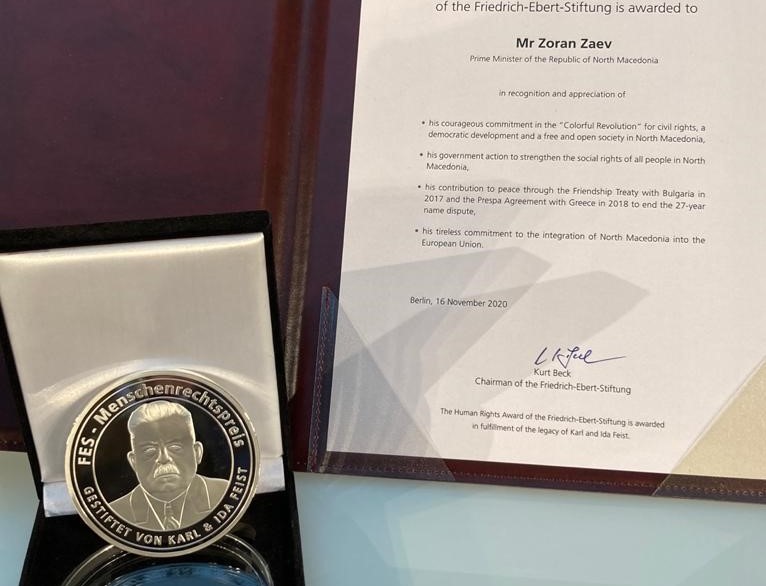 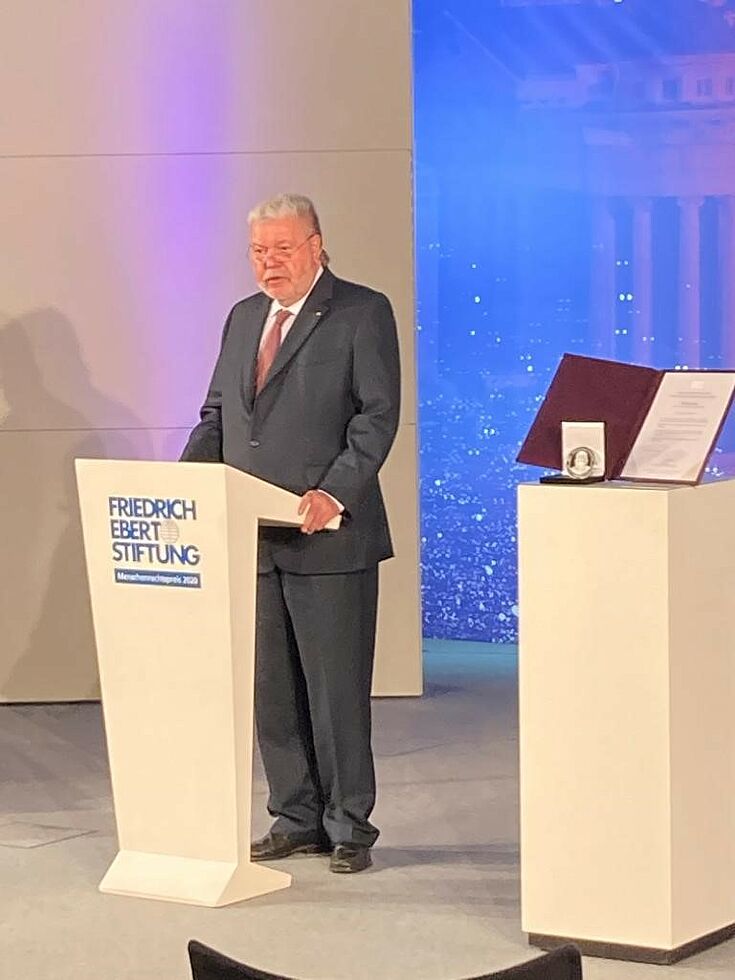 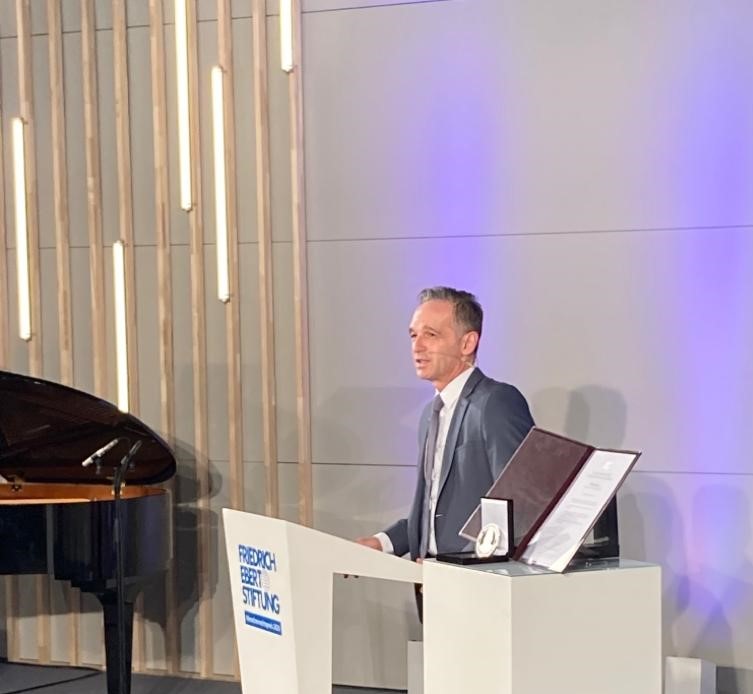 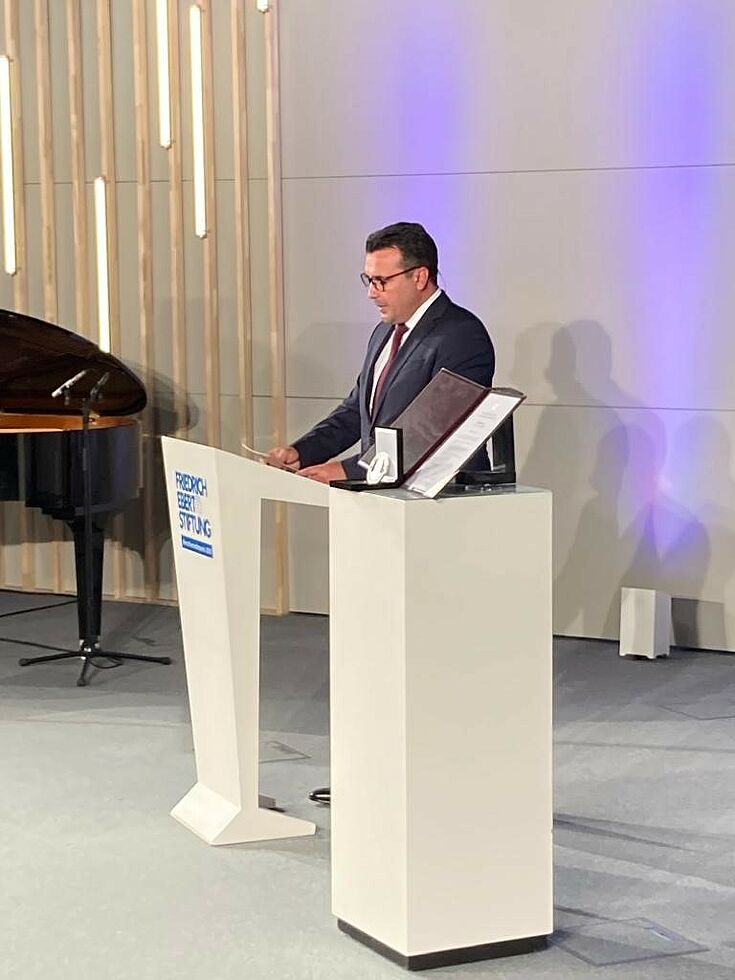 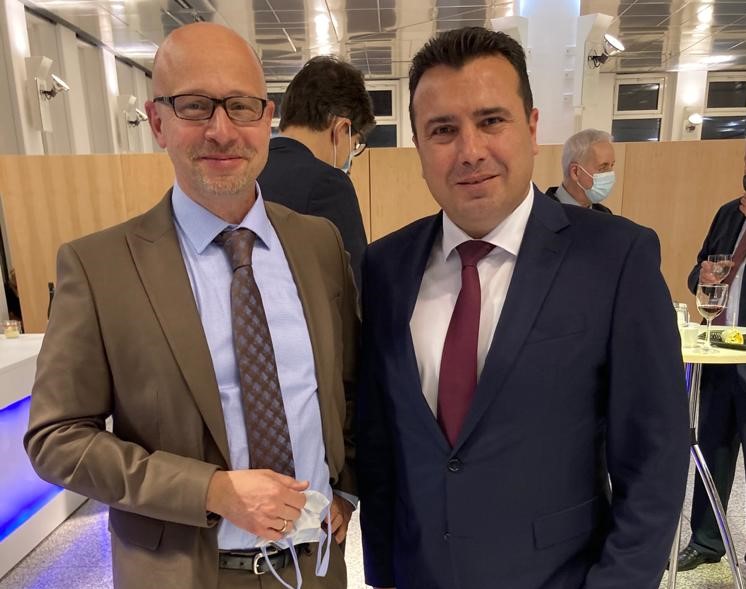 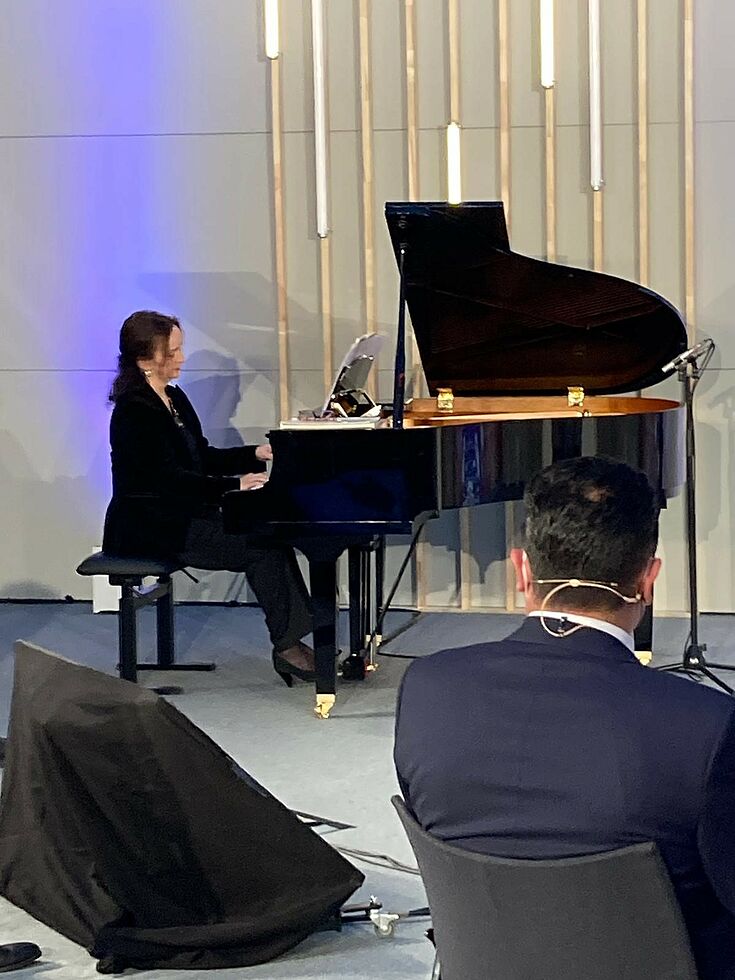 Due to the circumstances dictated by the global health situation, the ceremony was held with a very small number of in person attendees. However, the entire program was video streamed online in German, Macedonian and English languages.

The FES honored Mr. Zaev in recognition of his contribution to peace policy, based on the conclusion of the Friendship Agreement with Bulgaria in 2017 and the Prespa Agreement with Greece in 2018. The Award was announced in June, 2020.

Mr. Kurt Beck, Chairman of Friedrich Ebert Stiftung, delivered the opening remarks, followed by a laudatory speech from Mr. Heiko Maas, Federal Foreign Minister of Germany. Both speeches emphasized Mr. Zaev’s achievements with regards to a free, open and social society, as well as his determination to contribute to peace and stability in the region.

Unfortunately, 2020 was worldwide not a good year for human rights. Many authoritarian regimes also used the Corona pandemic to restrict human rights far beyond an appropriate response to the virus, and the international community is struggling to condemn those violations.

Therefore, following the speeches a debate was opened by asking: "How do we defend human rights and multilateralism at a time when these values are coming under increasing pressure?" The remarks during the debate were given by the award winner, Mr. Zaev and Mr. Goran Buldioski, Director of the Open Society Initiative for Europe.

Video highlights of the award ceremony are available in English (here) and German (here).

The Friedrich Ebert Stiftung’s Human Rights Award was first presented in 1994, based on the legacy of Karl and Ida Feist. For more information about the Award, please go to: https://www.fes.de/menschenrechtspreis#c164864 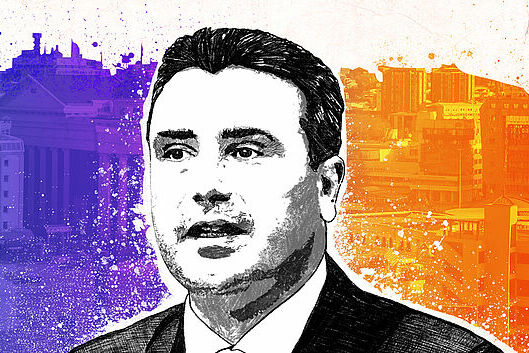 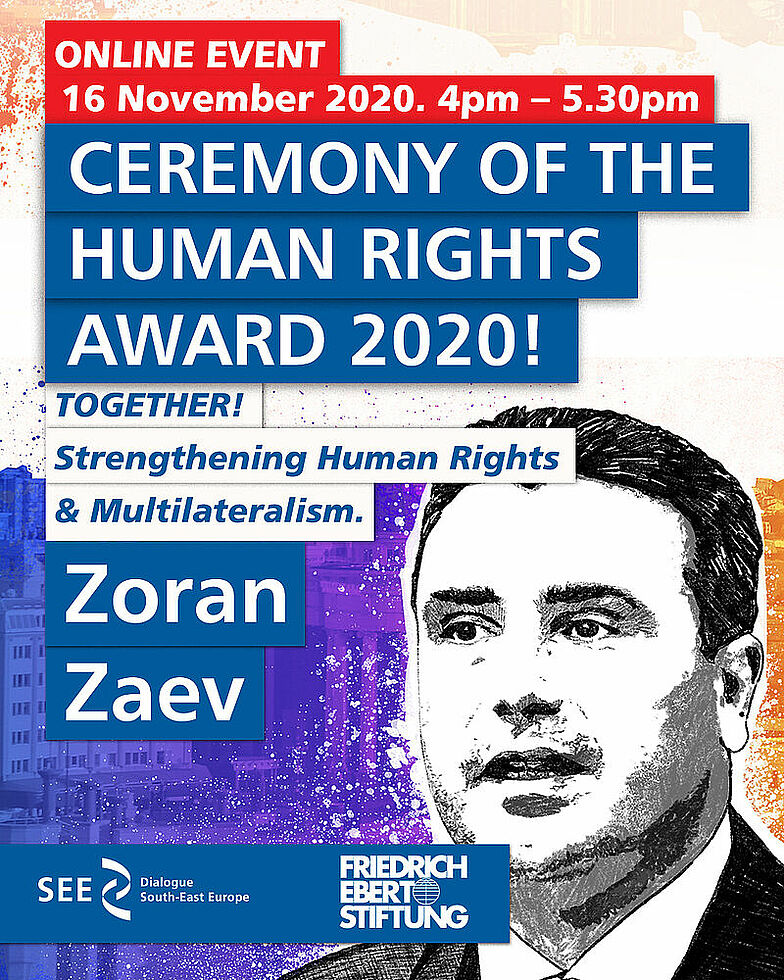 We hereby invite you to attend the online streaming of the Human Rights Award 2020 ceremony that will be held next Monday, 16th of November in Berlin… 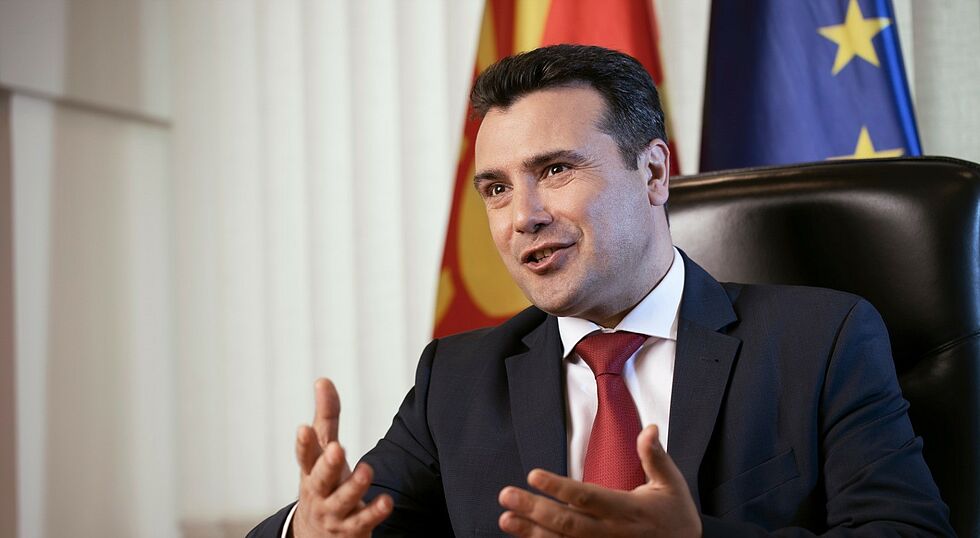 On the second anniversary of signing the Prespa Agreement, the Friedrich-EbertStiftung announces that Zoran Zaev will be awarded the Human Rights…