The Friedrich-Ebert-Stiftung organized several events on the fringes of a "PES Regional Leaders Summit", hosted by Socijaldemokratska partija Bosne i Hercegovine in Sarajevo on November 18th. 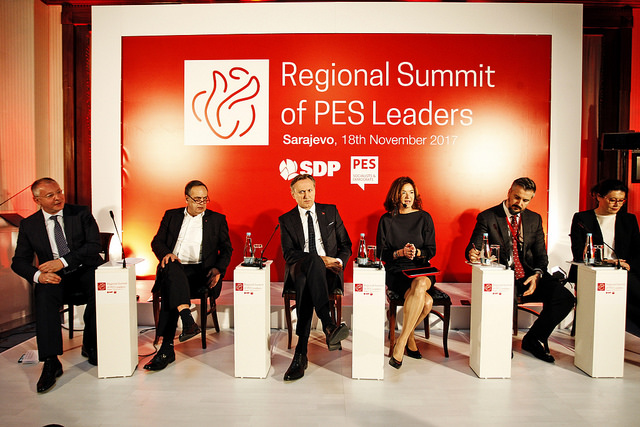 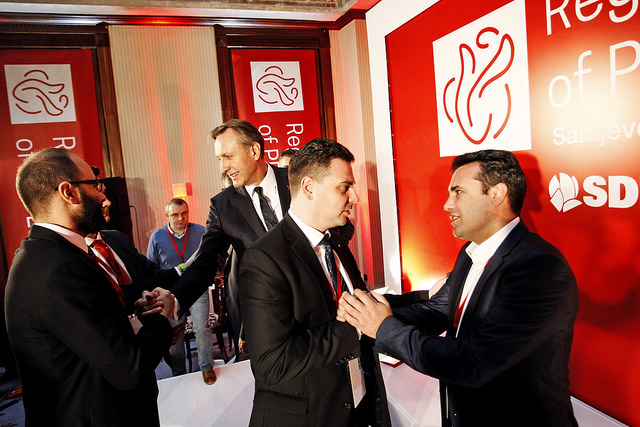 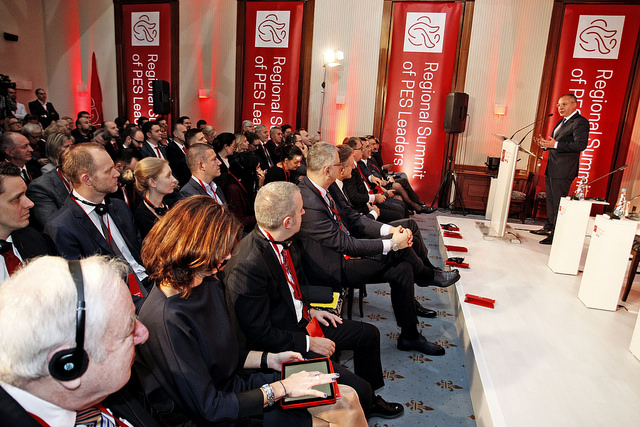 The forum provided opportunities to exchange perspectives among over 150 stakeholders from across the left spectrum in the Western Balkans and several members of the S&D group including vice-president Tanja Fajon, foreign affairs spokesperson Knut Fleckenstein, S&D shadow rapporteur for Bosnia and Herzegovina Demetris Papadakis as well as PES president Sergei Stanishev and S&D-affiliated think tanks.

In the midst of representatives of regional PES member-parties, Zoran Zaev, Prime Minister of the Republic of Macedonia, addressed both the Summit and an Agora Session on „The renewal of the Left in Southeast Europe“, stressing the importance of Social Democracy opening up to stakeholders beyond party-bases, i.e. especially activists from civil society. According to Zaev, the democratic turn in Macedonia was only possible through the SDSM joining a much broader civic coalition for political change. Zaev further insisted on his vision of building election platforms based on core social democratic values, including a strong emphasis on redistributive policies.

In the ensuing discussions, activists and junior party members urged Zaev as well as the leaderships of their respective parties to avoid the „transitional traps“ of relying too heavily on foreign investment and continued privatization, whithout safeguarding workers' rights and, crucially, without socializing the profits. Another key recommendation that was taken up were ambitious targets for average national incomes throughout the region. In the course of further workshops stakeholders exchanged on social democratic perspectives on gender and generational relations in Southeast Europe and questioned economic narratives from privatization to austerity and competitiveness.

The Regional Leaders Summit was as joint initiative of SDP BiH, the S&D group in the European Parliament, the European Forum for Democracy and Solidarity and Olof Palme International Center. A similar meeting was announced to take place on the fringes of the EU-Western Balkans Summit organized by the Bulgarian EU Presidency in May of next year in Sofia.