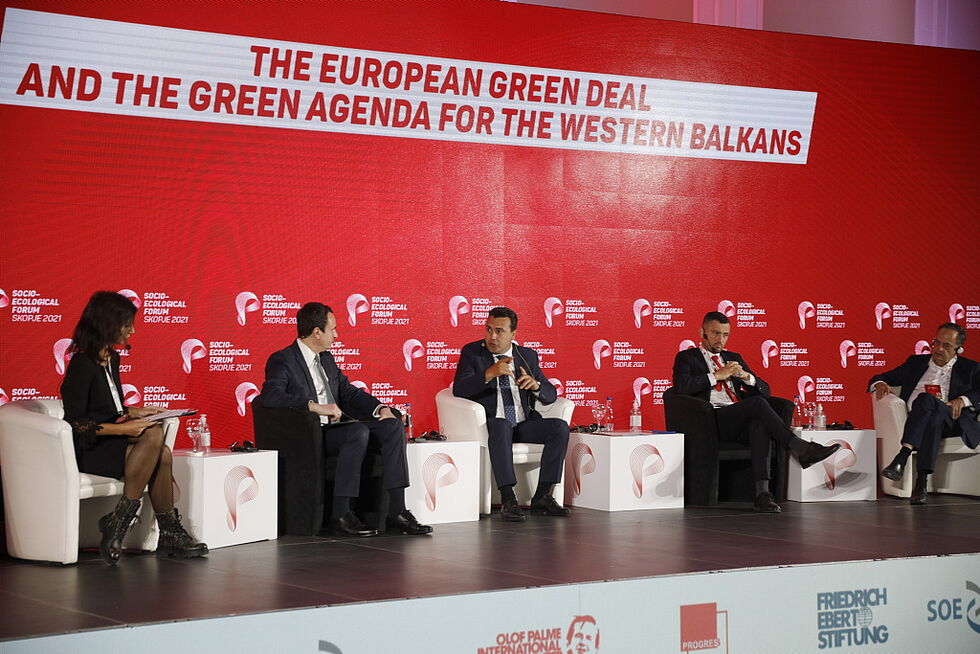 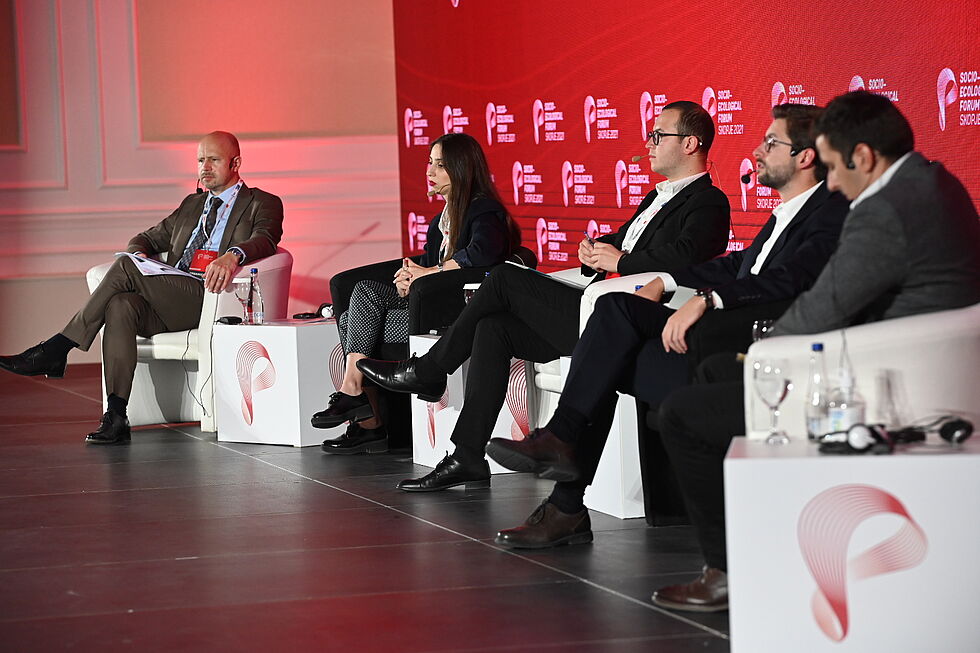 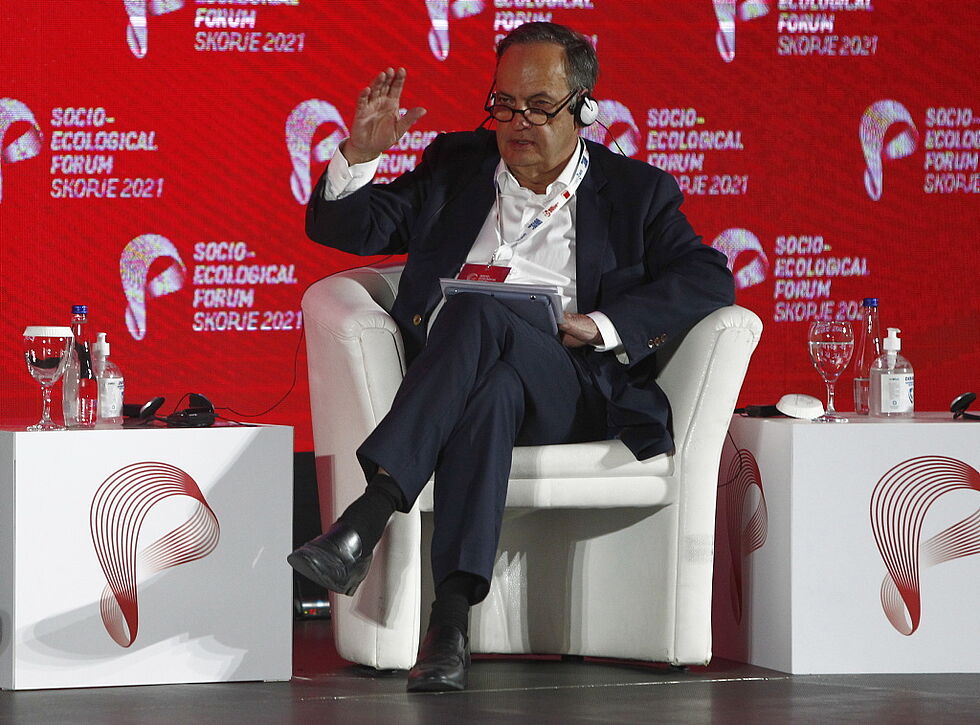 The event was the first edition of a high-level forum in the Western Balkans created with the aim of discussing the way forward to a carbon-neutral region, and a clean future for all. This unique forum gathered regional political decision-makers, think-thankers, NGOs, youth leaders and journalists from all over Europe, but focusing on the Western Balkan countries. These progressive leaders jointly addressed the necessary actions for a socially just green transformation.

Key-note address was given by Zoran Zaev, Prime Minister of the Republic of North Macedonia, and Albin Kurti, Prime Minister of the Republic of Kosovo. Mr. Zaev highlighted that for social-democrats in North Macedonia the core principle is to put strategies into expeditious and concrete actions, while Mr. Kurti focused on the need for taking urgent actions: “We have no choices. We have to act now. We need a new, sustainable economic model, that leads our countries towards ecological and economical progress”.

In addition to the opening speeches, the Socio-Ecological Forum featured several panel discussions on the topics of the European Green Deal and the Green Agenda for the Western Balkans, green economy and its potentials for social innovation and socially just climate action.

Within the panel discussion featuring youth political leaders, moderated by Dr. Ralf Melzer (FES SOE), Ana Pirtskhalava, Secretary General of Young European Socialists, emphasized that: “If we used to talk about climate change in the past, now we are talking about climate crisis. We are all aware how much these questions are alarming, so we need to forget the generation gap, because the time to start and act is now.”

The inputs focused on urgency of appropriate and socially just actions, but also on the fact that the socio-ecological transformation requires solidarity and joint approach. Within these necessary principles, the participants recognized social democracy as a core component that will ensure socially just processes. On that note, René Schlee (FES North Macedonia and Kosovo) underlined that: “Social democracy has an obligation to put citizens in the focus of its priorities”.

The Skopje Socio-Ecological Forum allows an exchange on the much-needed variety of perspectives when it comes to such all-encompassing transformative processes. That is why Friedrich-Ebert-Stiftung will continue supporting such exchange among progressive actors throughout the region.