From 23rd to 27th of October, the Friedrich Ebert Foundation, together with Female Leadership Academy, has organized the first Social-democratic Regional Women’s Leadership Academy in Ruma (Serbia). The event has gathered around 30 female participants from the Western Balkans intending to create lasting connections and cooperation in the efforts to achieve equal, developed, socially responsible societies grounded in the values of peace and welfare. 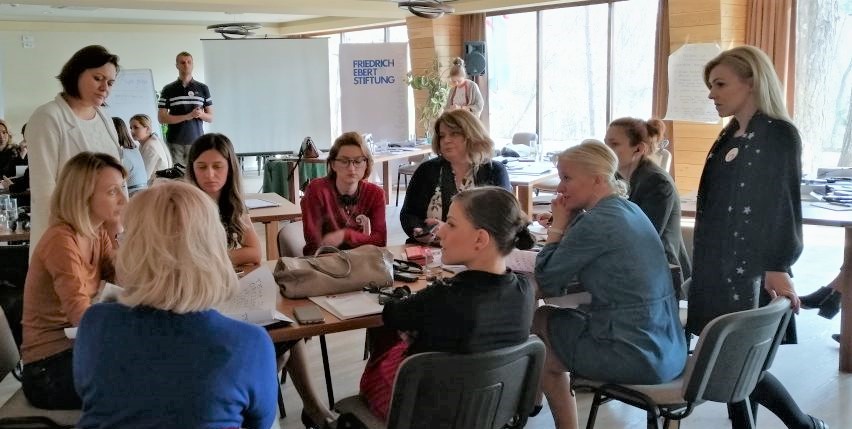 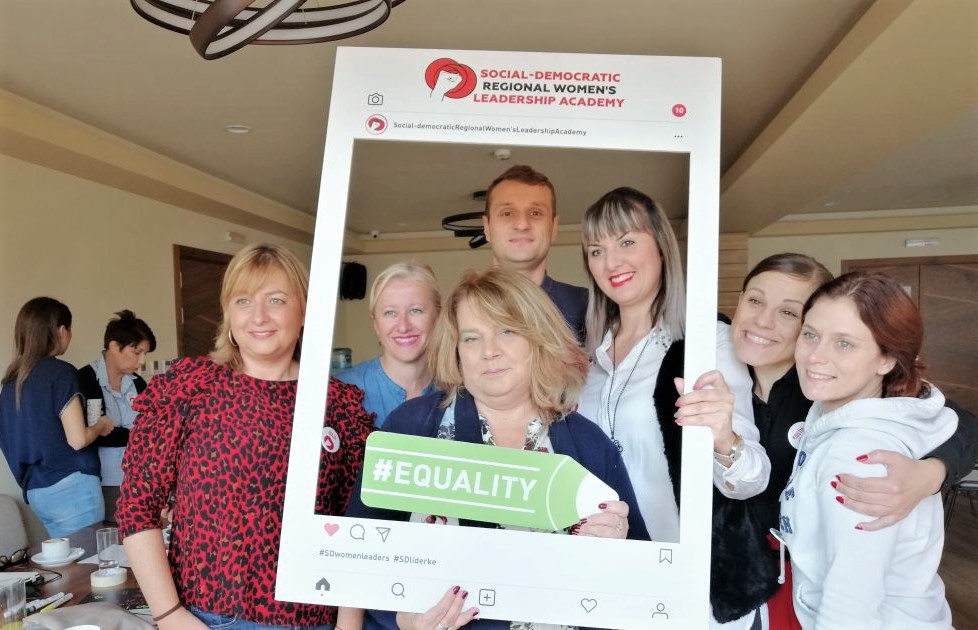 The Academy covered a broad range of topics such as gender equality, feminism, social democracy, women in labour markets, international legal provisions on women rights, gender analysis as well as advancements of specific skills which include public speaking, campaigning and political communication.

Participants came from various backgrounds, from activists to social-democratic party leaders. The female leaders participating at the discussions shared that this was an excellent opportunity to become familiar with the experiences in other countries of the region when it comes to the battles against gender-based violence, strive for greater political participation for women, and last but not least pay gap, and poverty among women. The demand for gender equality needs to be continuously emphasized, and the purpose of educations like these is to exchange experiences in all areas of work.

Participants from social-democratic parties throughout the region highlighted the need for more balance between women and men who should work jointly towards the betterment of society. The matters of gender equality, feminism and socio-economic empowerment of women are not only a political, but also a civic issue, which touches upon all parts of a community and it is essential for democratic devolopment that gender politics become a focus. A key takeaway from the four days of discussions is that challenges in the region are quite similar among the countries, and a lack of institutional and legislative support for policy-making, that would foster a more equal and just society, unfortunatly persists.

The project coordinator at FES Belgrade, Ana Manojlović-Stakić, stated that this project is a small step in the attempt to sensitize the countries of the region to topics related to the status of women and feminism. The idea was to strengthen women, allow them to advance their knowledge in various fields related to politics, Academy, communication and leadership. This event would not be the last in the series, because, at the end of the program, the participants would work together in creating a gender analysis for their countries and then present their reports in a conference setting, which woudl include participants from both the Western Balkans and the European Union.