On 5th of October, Friedrich Ebert Stiftung Dialogue Southeast Europe and the Institute for Philosophy and Social Theory organized two-panel discussions in Belgrade, marking the 20th anniversary of citizens' protests that led to the fall of Slobodan Milosevic in 2001. The event gathered politicians, NGO representatives, civil society organizations and active participants in 2001. protest to speak about the legacy and the consequences of this day, that many described as the day in which democracy in Serbia won. The two panels were followed by another discussion organized by the FES Belgrade on current circumstances of political discourse in Serbia. 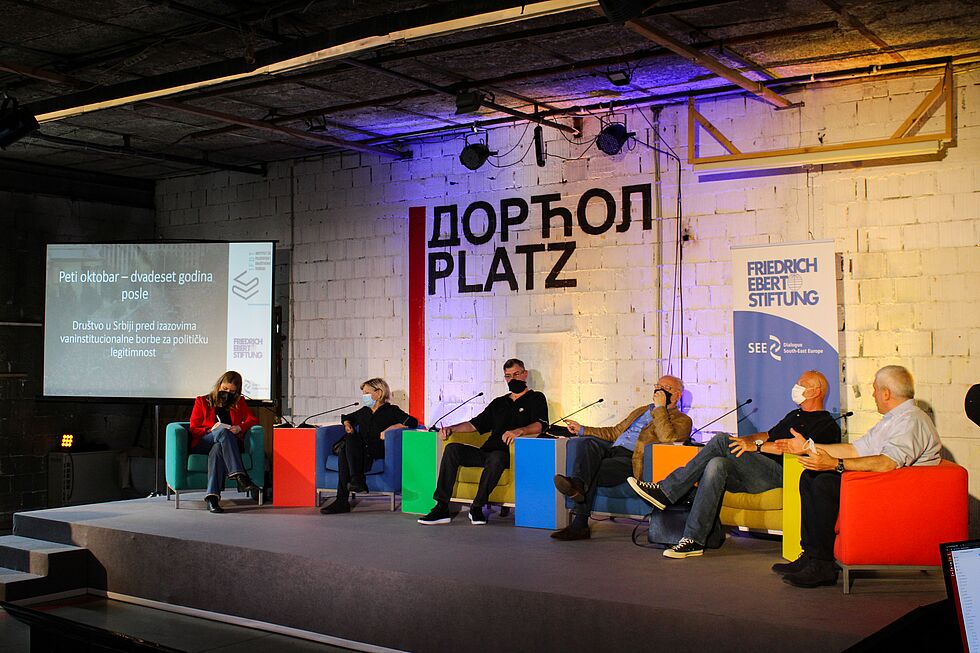 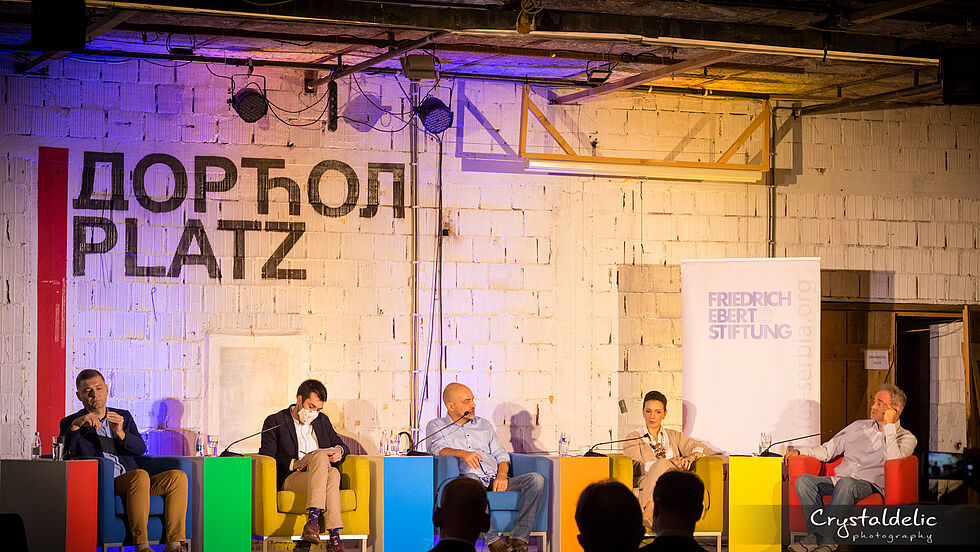 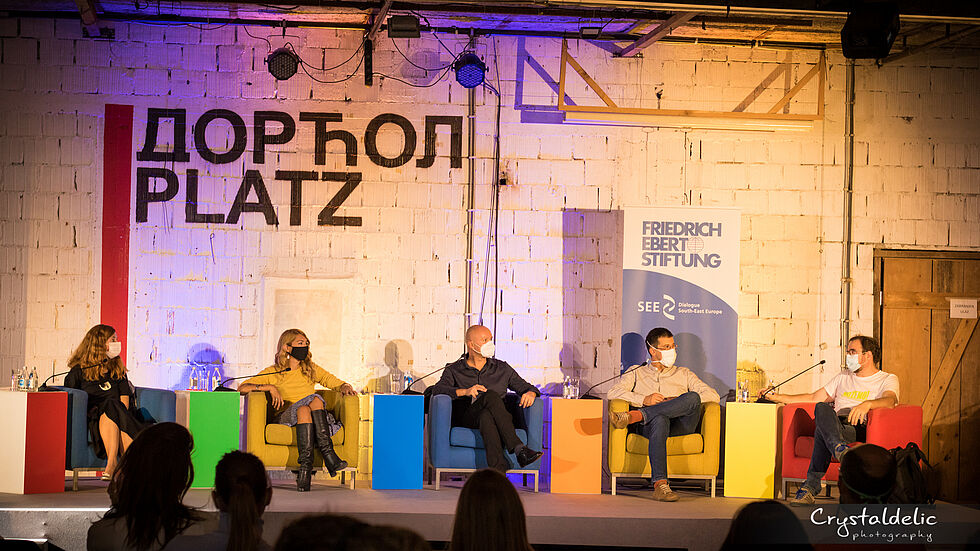 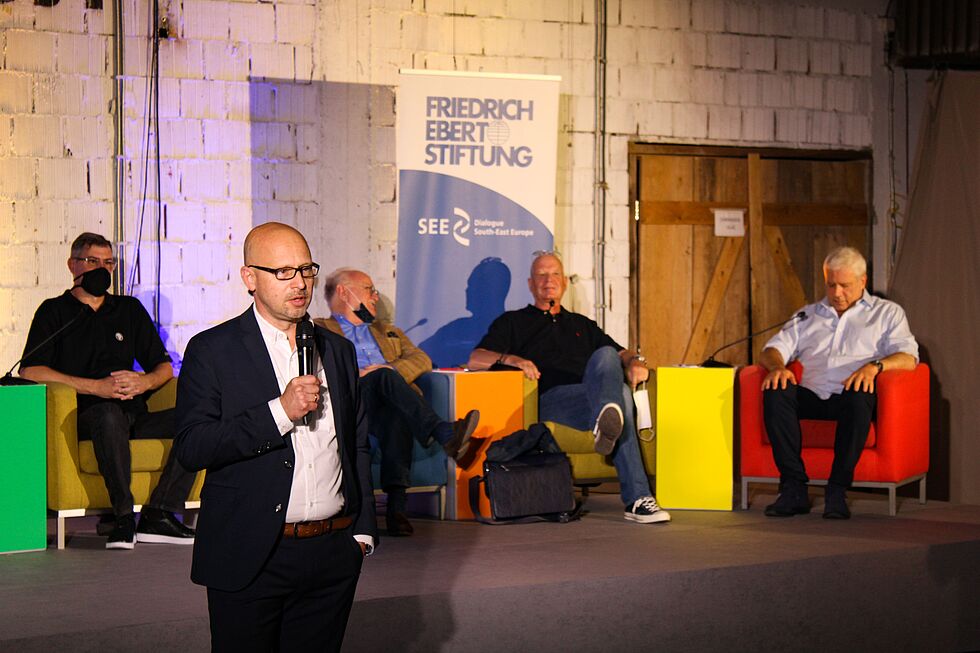 The first panel „Society in Serbia amidst the challenges of the extra-institutional fight for political legitimacy“ was opened by Ms Gazela Pudar-Draško (IFDT) and Dr Ralf Melzer (FES SOE). Following the opening remarks, the panel featured inputs from Boris Tadić, Milan St. Protić, Žarko Korač, Siniša Šikman, Gordana Suša and Aleksandra Tomanić. Focusing on the indubitable historic importance of 5th of October, the society in Serbia came back full circle with the departure of almost all actors and the collapse of the „5th of October Republic“. The panellists spoke about the causes of such mass mobilization of society in Serbia, and how they successfully organized to meet their goal. With the continuous backsliding towards autocracy in Serbia today, the panellists pondered the question of what happened to the ideas actors that successfully toppled an autocrat 20 years earlier. These remarks were followed by a discussion on the state of democracy and social plurality in Serbia today.

The second-panel „Protest and revolt in Southeast Europe: from hopeless to possible and utopian“ was moderated by Vedran Džihić and Marko Kmezić. This panel explored the realities and possibilities for social movements in the region, starting from the past two decades towards the future. The speakers, Teodor Celakoski, Ivana Sterijovska, Damir Arsenijević, Dušan Čavić and Biljana Đorđević, spoke about their first-hand experiences of resisting against the clientelist capture that was the unfortunate result of democratic transition in Southeast Europe. From Slovenia to Turkey, the last two decades the region witnessed citizens' mobilizations to address key social problems and burdens that they were facing. Some faced remarkable success, and even non-violent change of government. After speaking from the perspective of their active engagement, the panellists engaged in a discussion on the future of these social movements and potential for true democratic development in the society.

The third panel for the day was opened by Dr Max Brändle (FES Belgrade) under the title “20 years of transition – a look into the future”. After a pain-staking win on 5th of October, Serbia has circled back to the category of the hybrid regime. This panel explored the questions on how did the 20 years after such a victory leads to these developments. The panel featured inputs by Zoran Lutovac, Marinika Tepic, Nebojsa Zelenovic and Dobrica Veselinovic.

With all the burdens of today, the importance of 5th of October remains egged into the history of Serbia, and consequently the region.