Facing political unrest and possible disintegration, the EU seems to have reached yet another crossroads. The British popular vote to leave the European Union has deeply shaken Europe’s political and societal landscape and has kindled a vivid discussion about the future shape that the Union should take on. 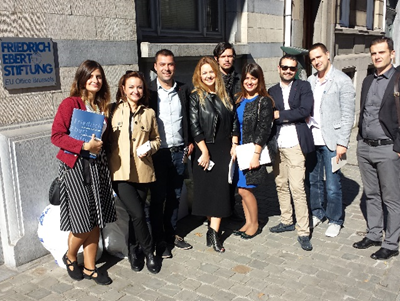 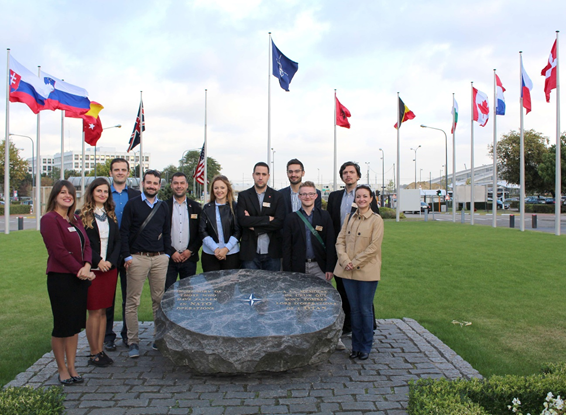 Yet, many – especially young – people in the pre-accession states of southeast Europe have set hopes in a possible European future of their home countries.

In light of these developments, the Friedrich-Ebert-Stiftung EU Office, in cooperation with the FES Office in Serbia and support from FES Dialogue SOE, invited eight young and promising social democrats from the countries of the Western Balkans in order to discuss possible future scenarios over the course of a week-long seminar. The participants come from diverse backgrounds such as, local officials, (vice-) presidents of domestic social democratic youth groups and academics in the respective countries of Albania, Bosnia and Herzegovina, Croatia, Kosovo, Macedonia, Montenegro, Slovenia and Serbia. For more than 13 years now, the Friedrich-Ebert-Stiftung has been running this and similar capacity building programs for young politicians from the Ex-Yugoslav countries and Albania, offering seminars on different topics in the region, Brussels itself and Berlin.

Meetings with European parliamentarians, Members of the Commission, researchers, journalists and sitting in on the European Parliaments’ observance of International Democracy Day have granted the young politicians comprehensive insight into the European discourse on enlargement, integration and the promotion of democracy.

Given their political involvement in their home countries, the young Social Democrats met both with the S&D Group Secretariat’s experts on the region and with Members of the European Parliament Tonino Picula (Croatia) and Knut Fleckenstein (Germany). Together, they critically reviewed the political processes and the progress of reforms in terms of political dialogue, the shift of public opinion and the rise of right-wing populism.

In this light, Picula asked “What have we, as Social Democrats, done wrong?”, giving way to a deliberation on the future of Social Democracy in and beyond the European Union. Answers are manifold: neoliberalism, the transformation of working conditions, trade union decline and the colossal tasks of managing migration and globalization have faced us with voter disenfranchisement and disbelief in a social Europe based on solidarity, social justice and equality.