On 30th of November, FES SOE organized an online conference with the Institute for Democratic Engagement Southeast Europe (IDESE), that was dedicated to the topic of the Far-Right in (Southeast) Europe. 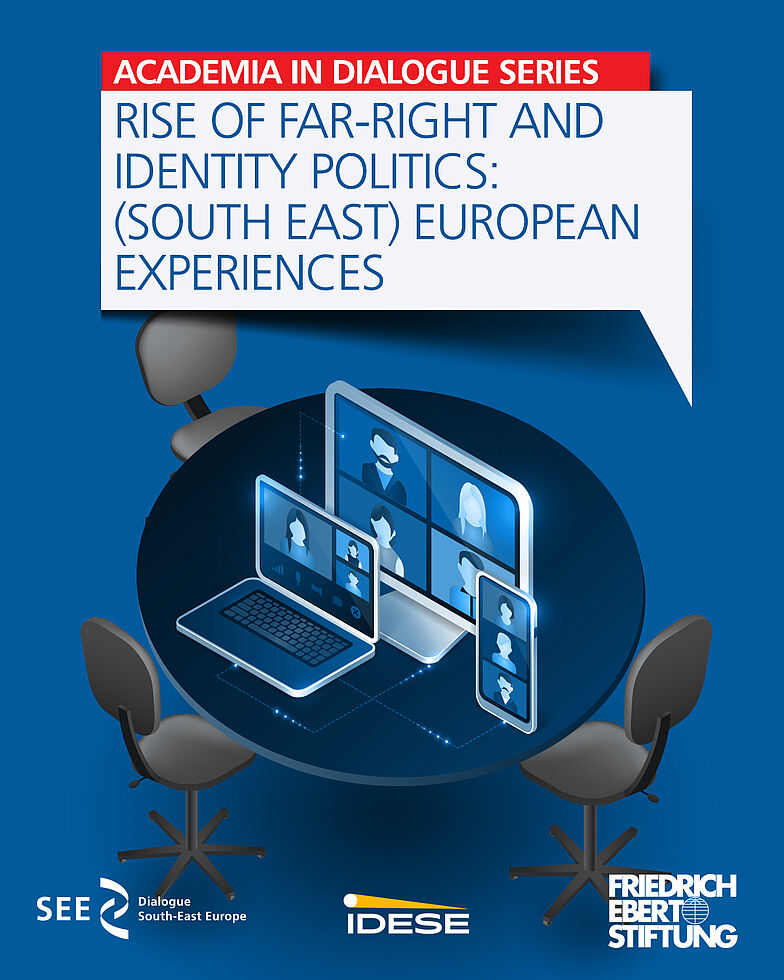 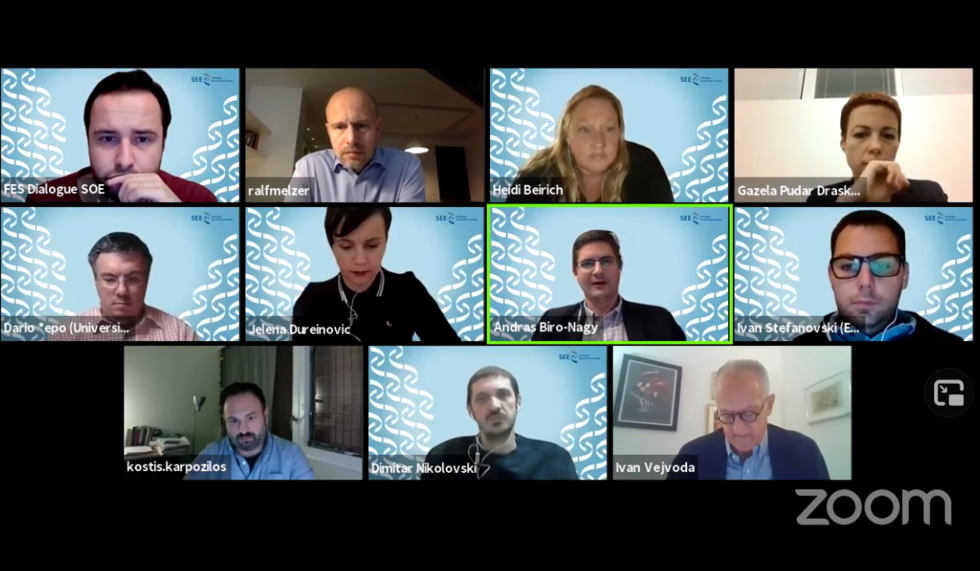 The online discussion was titled title "Academia in Dialogue Forum (Discussion Panel): Rise of the far-right and identity politics: (South-East) European experiences“ and was planned as an in-person event in the capital of Serbia, Belgrade. Unfortunately, due to the COVID19 circumstances, and related measures taken by the Serbian government, the conference was moved to a virtual format.

The online event gathered academics and civil society representatives from Europe and the United States. It was organized in two parts, a discussion panel moderated by Gazela Pudar-Drasko (IDESE), followed by an open discussion for all participants. The entire panel was live streamed on Facebook, so the discussion also featured questions and comments by our Facebook viewers, which were then discussed by the participants.

Discussants of the first portion were Heidi Beirich, an expert on American and European far-right extremist movements from the Global Project Against Hate and Extremism, András Bíró-Nagy, director of Policy Solutions, a Hungarian think-tank and Senior Research Fellow at the Center for Social Sciences, Budapest (TK PTI) and Ivan Vejvoda, Permanent Fellow at the Institute for Human Sciences in Vienna. They deliberated on the key features of the far-right in the region and its position within the "Far-Right-International”.

The discussants explored possible negative trends for democracy in SEE and Europe in general. Also, they looked beyond, towards possible strategies to cope with the dangers posed by far-right and to revive democracy. As contributors to the latest volume of the FES-SOE periodical publication Political Trend and Dynamics with the title "The Far-Right in the EU and the Western Balkans ", Heidi Beirich and András Bíró-Nagy presented some key messages from the publication, focusing on the transnational relationships between far-right movements and parties in SEE and the US.

The open discussion with further participants featured additional thoughts and opinions on the far-right movements in their home countries and beyond. The panelists and participants agreed on the need to intensify efforts in the fight for freedom, democracy, and the rule of law, both in politics and in civil society.

With  our partners, FES SOE plans to intensify the new project line devoted to addressing the problem of Far-Right and Identity Politics in SEE throughout the upcoming years. 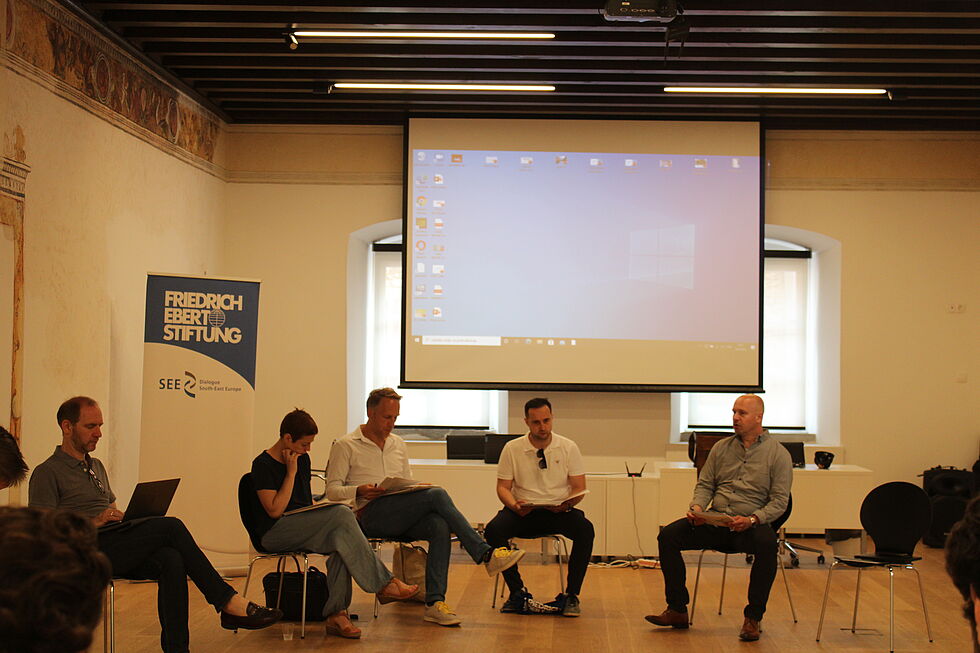 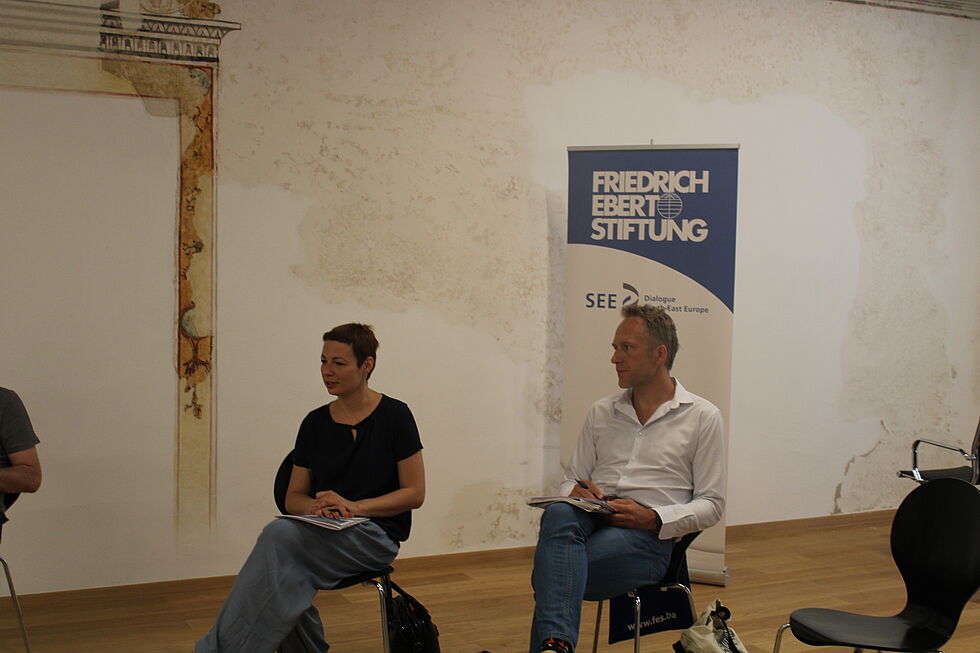 Countering the Far-Right: Regional and Local Approaches for Action

From 9th to 12th of June, Friedrich Ebert Stiftung Dialogue Southeast Europe organized a workshop in cooperation with Institute for Democratic…