Sarajevo Film Festival, in cooperation with the Friedrich Ebert Stiftung Dialogue Southeast Europe, presents the special, free of charge edition of „Dealing with the Past program“ – available online throughout the region via VoD platform of Meeting Point Cinema at ondemand.kinomeetingpoint.ba and in person for Sarajevo audiences at cinema Meeting Point. 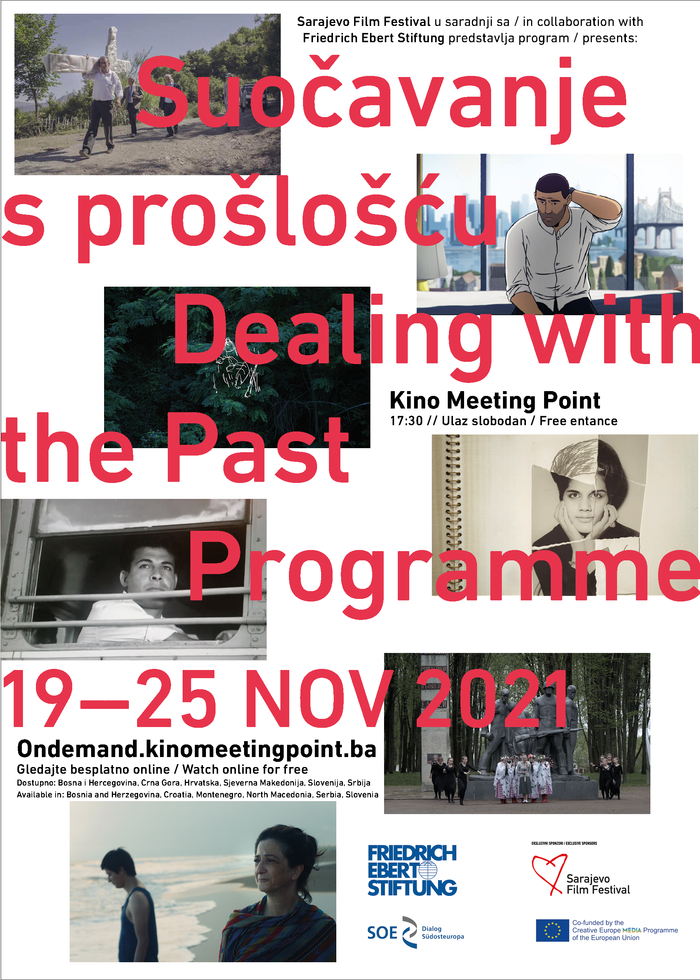 Sarajevo Film Festival, in cooperation with the Friedrich Ebert Stiftung Dialogue Southeast Europe, presents the special, free of charge edition of „Dealing with the Past program“ – available online throughout the region via VoD platform of Meeting Point Cinema at ondemand.kinomeetingpoint.ba and in person for Sarajevo audiences at cinema Meeting Point.

During the „Dealing with the Past“ special edition program from 19th to 25th of November, we will host panel discussions and conversations with the film authors, alongside the screenings.

The entire program is available free of charge in Bosnia and  Herzegovina, Serbia, Slovenia, Montenegro and North Macedonia at this link: https://ondemand.kinomeetingpoint.ba/

Sarajevo Film Festival founded the „Dealing with the Past“ Program in 2016. with the aim of initiating honest dialogue on the recent events from our region's past. That is a precondition for resolving the challenges emanating from the most recent wars of former Yugoslavia, which irreversibly affected all of our societies. In the last five years, this program has shown exceptionally painful yet inspiring stories from all over the world.

In this special edition from 19th to 25th of November we will show some of the most prominent documentary achievements from the world, that deal with the past and its interpretation.

All movies are screened with subtitles in English.

The audiences in Sarajevo will have the chance to see the movies in Meeting Point cinema from 19th to 25th of November starting at 17:30. Alongside the six movies listed above, cinema Meeting Point will also show the film „Fugitive“ (director: Jonas Poher Rasmussen).

With a few exceptions, the citizens of Yelnya are raising their children to become good patriots. They are not bothered by the eerie, all-consuming militarization of the society.

AN X-RAY OF A FAMILY

„I am the result of a battle between secularism and islamist ideology in Iran. The love story of my parents takes us through time: from the rule of the shah, throughout the Islamic revolution, the difficult period of the Iran-Iraq war, up until today – the complete story unfolds in our family home in Teheran. While I was a child, I had to chose every day between my parents, while one of them was forcing their will upon me, and the other one was accepting me for who I was.“

THE VOICE OF AHMAD

The telling  thirteen-minute film I AM AHMAD from 1966,  was banned before its tumultuous presentation to the audience. Fifteen years later, leading Arab and Jewish filmmakers, graduates of the Sam Spiegel Film School in Jerusalem, launch a touching dialogue about “today’s Ahmad,” addressing the issue of the impossible coexistence of Palestinian and Jewish residents of Israel and that rapidly deteriorating relationship. Composed of six chapters, this feature film is political, activist and combat, like a divided Israel.

The film LANDSCAPES OF RESISTANCE records a journey through the memories of the anti-fascist fighter Sonja (97), one of the first partisans in Yugoslavia, who was also among the leaders of the resistance movement in Auschwitz. As Sonja talks, we travel through the landscapes of her revolutionary youth - the forests and mountains of Serbia and the muddy terrain of Auschwitz, recorded as they look today - as well as through her small apartment in downtown Belgrade, where she lives with her husband and cat. As a great narrator, Sonja is able to talk about events from the past without "subsequent intelligence", which directly transports us to the specific atmosphere and way of thinking that gave rise to anti-fascist resistance in Yugoslavia. We let her story travel through time, towards the bodies of new generations, suggesting that it is always possible to think and resist.

An incredible true story about Amin who decides to reveal a secret from his past for the first time due to his recent wedding. The secret he has been hiding for more than two decades threatens to endanger the life he has built for himself. Amin recalls the dramatic journey he traveled from Afghanistan to Denmark as a child and as a refugee. Mostly animated, the film FUGITIVE is a fascinating weaving of scenes and memories, an extremely touching and original story about a young man who tries to deal with his traumatic past in order to find his true self and understand what it means to have a home.

An 18-year-old girl was killed in a bitter family quarrel in the mountains of Albania. Her grieving father is under pressure from a local bishop and the president of a non-governmental organization from the capital, not only to offer Christian forgiveness to the arrested killer and his family, but also to reconcile with them, in accordance with the Canon, a centuries-old tribal code of conduct.

Guatemala, 2018. The entire country is engrossed in the trial of soldiers who started the civil war. The statements of the victims come one after the other. Ernesto is a young anthropologist working for the Forensic Foundation and his job is to identify the missing. One day, hearing the statement of an old woman, he thought that he had found a clue that could lead him to his father, a guerrilla fighter who disappeared during the war. Against his mother's wishes, he sets out with his soul and body to investigate the case in search of truth and resilience. 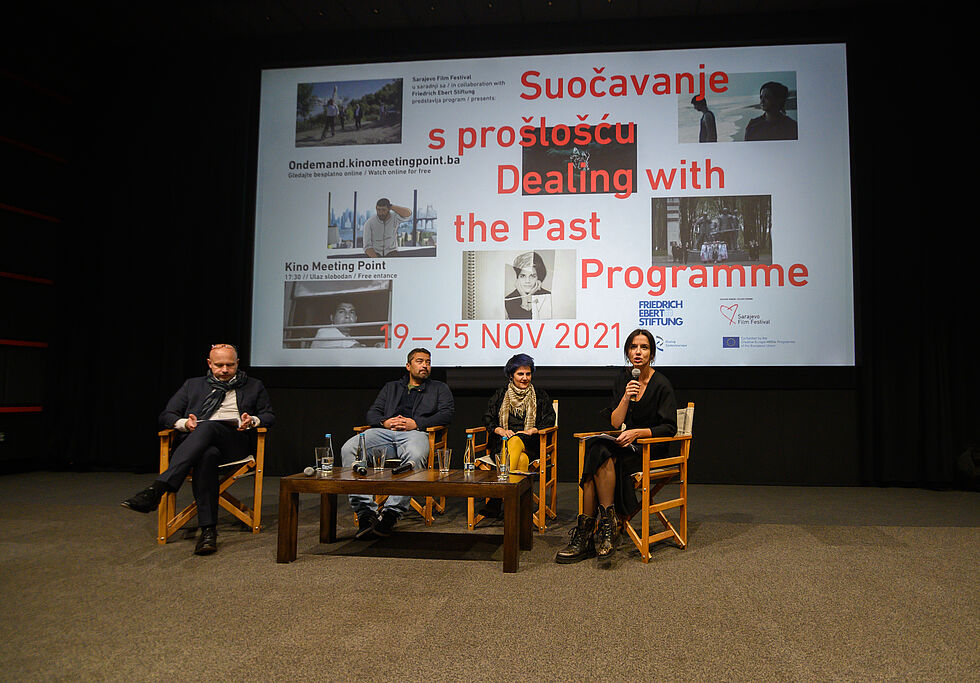 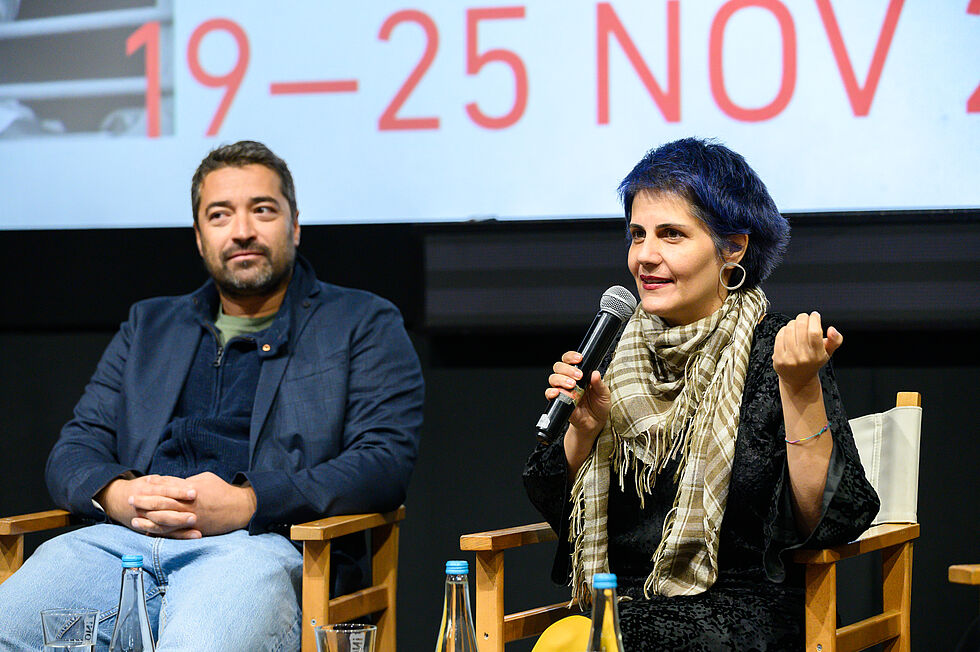 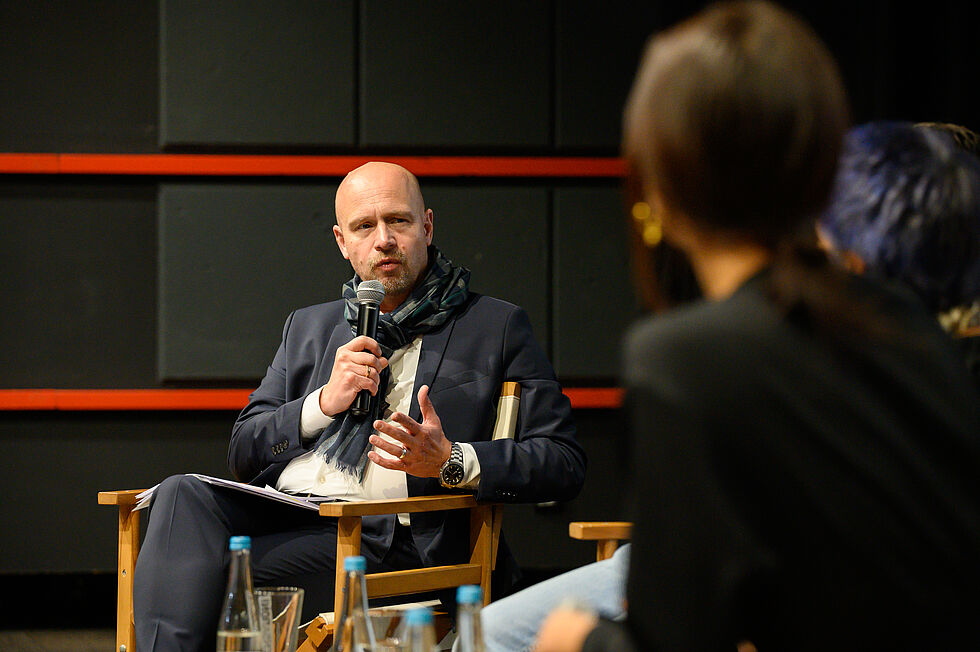 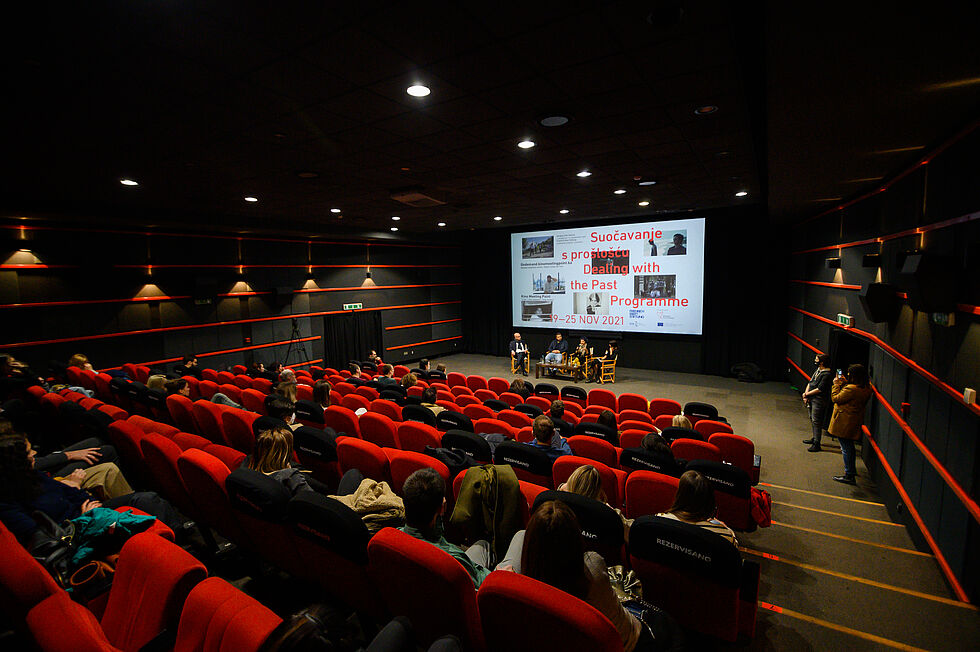 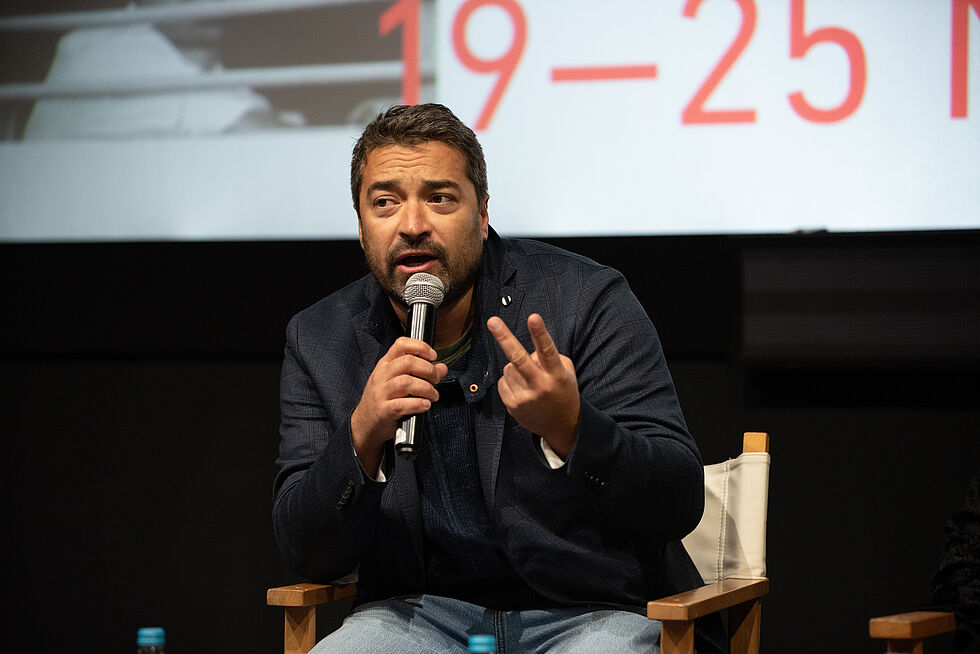 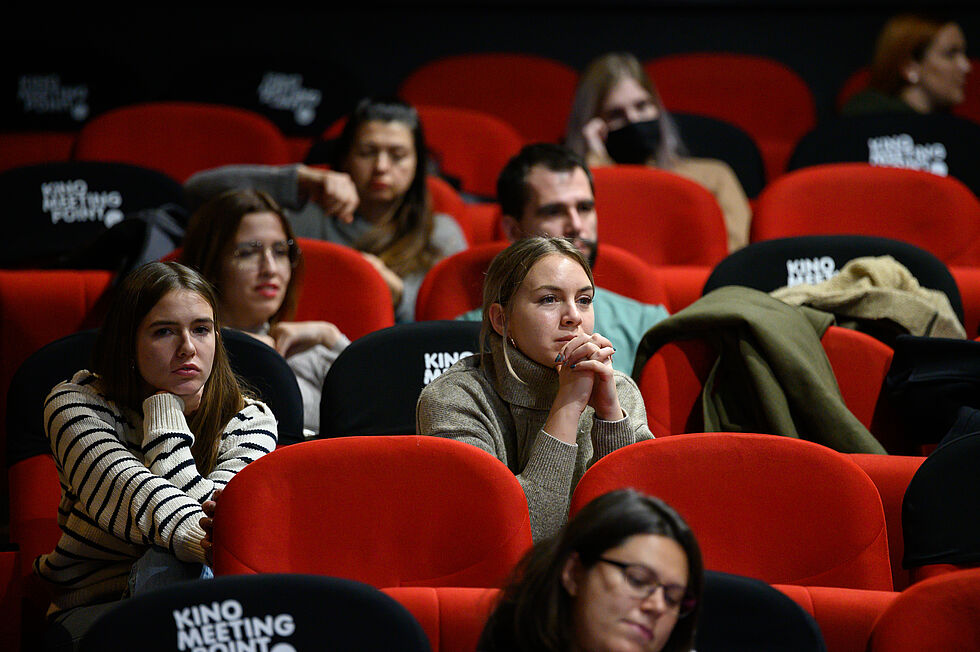 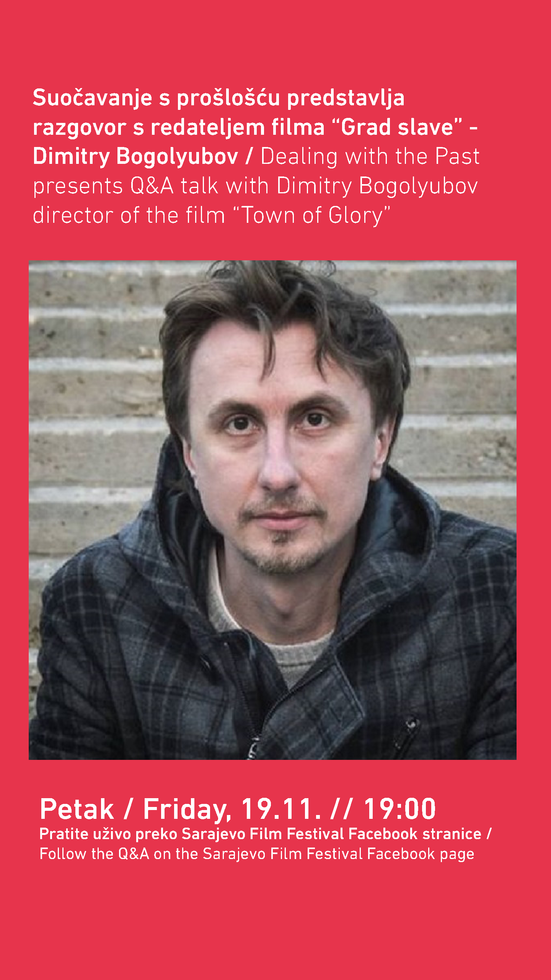 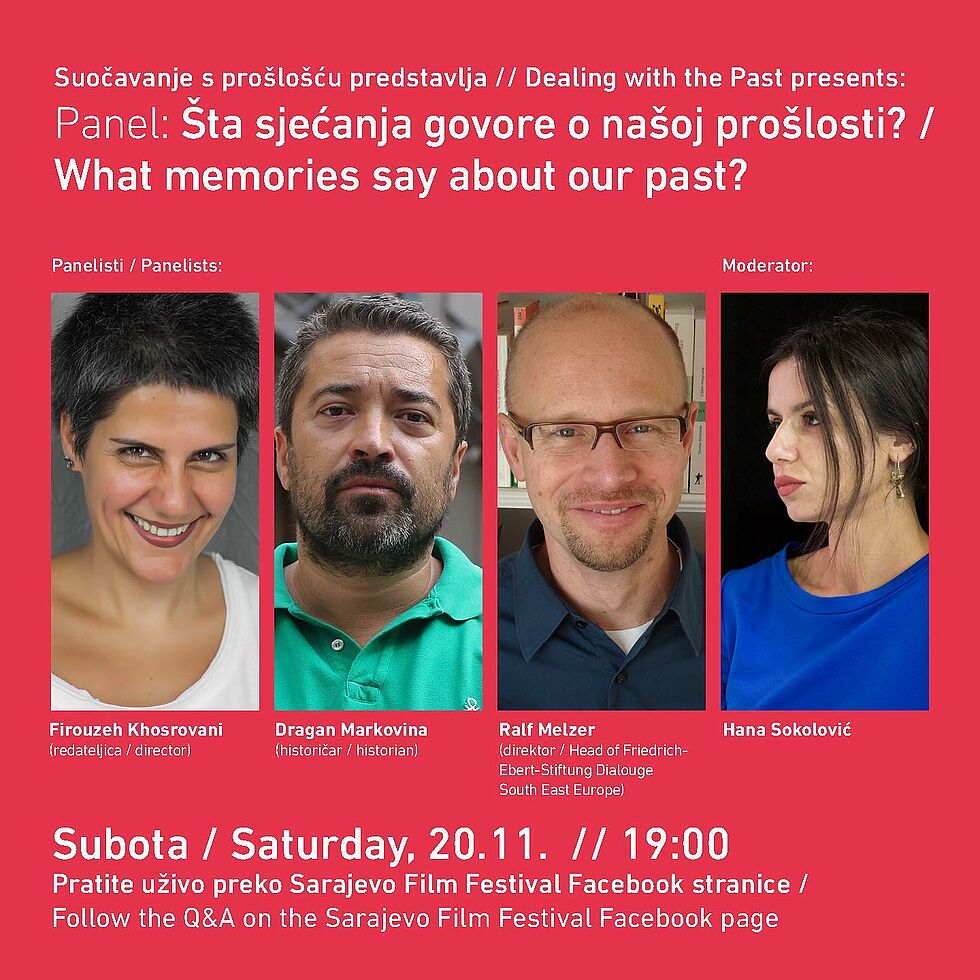 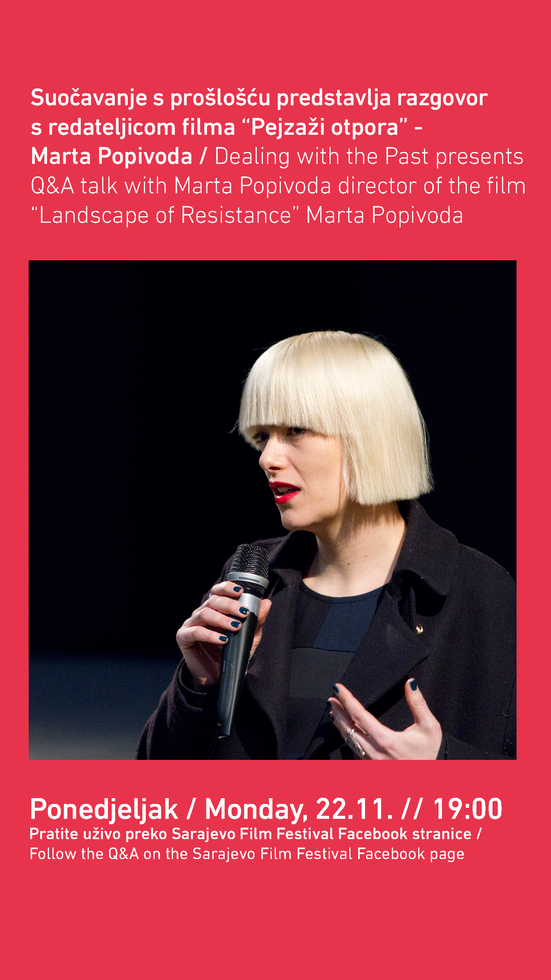 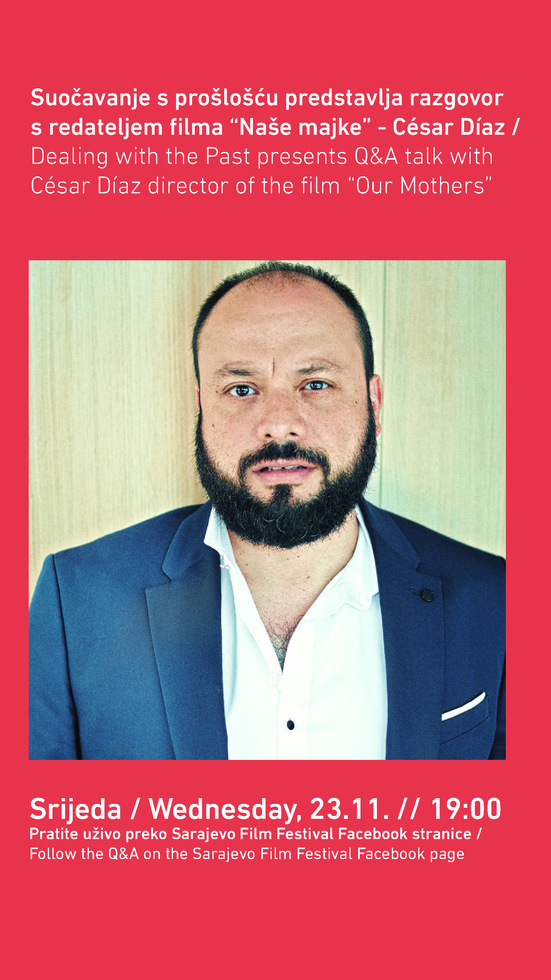 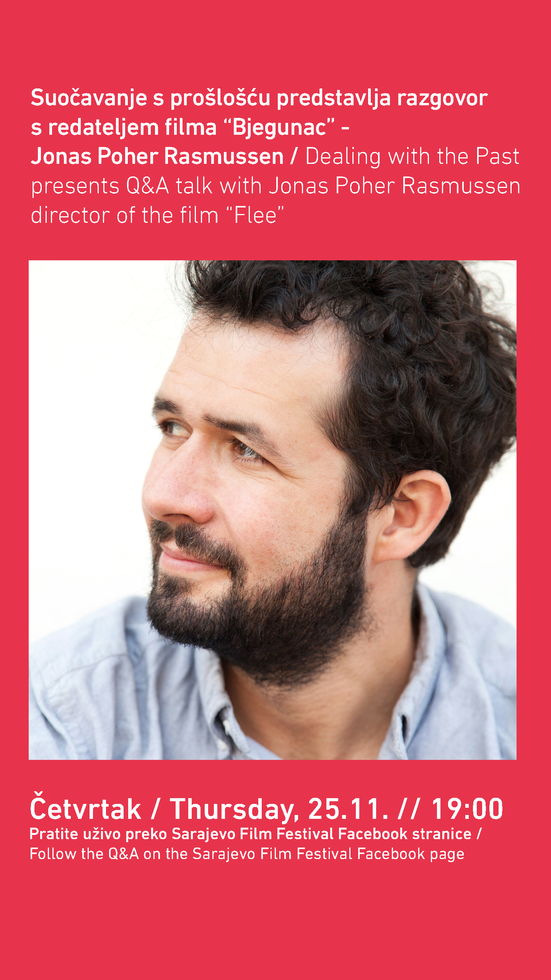 SFF Dealing with the Past: Opening and discussions program

In addition to screening some of the most prominent documentary achievements from the world, that deal with the past and its interpretation, Dealing… 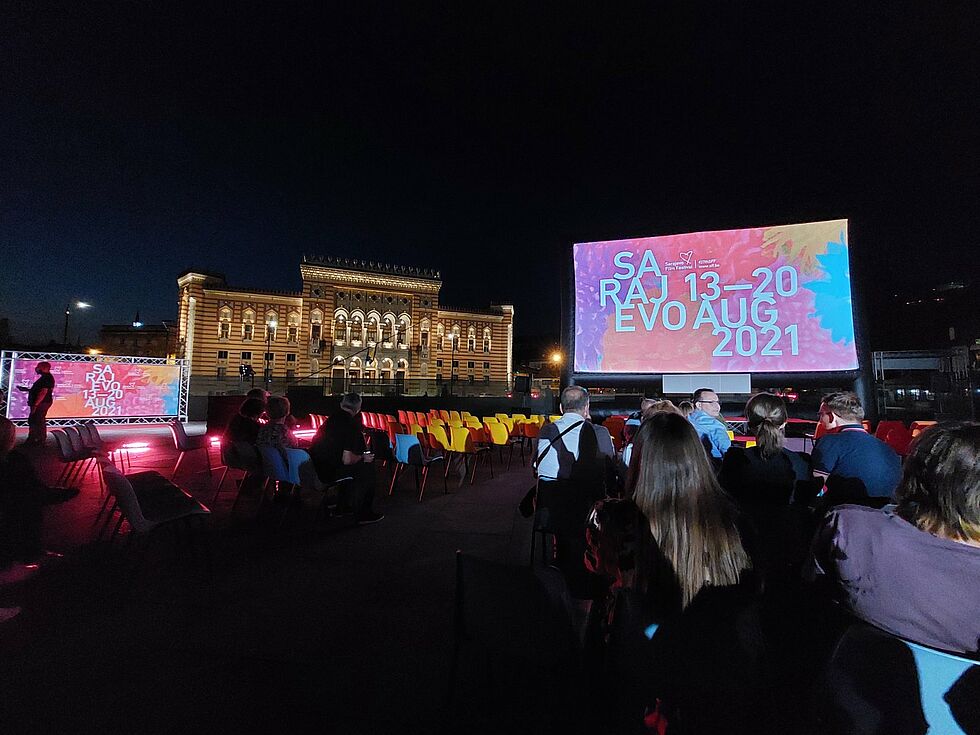 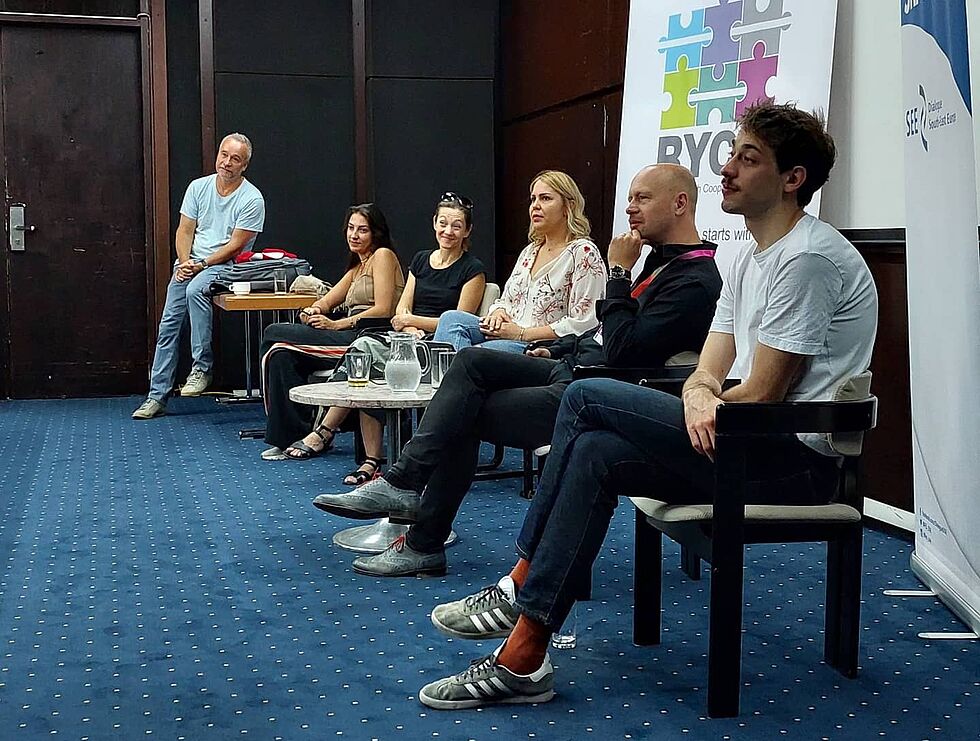 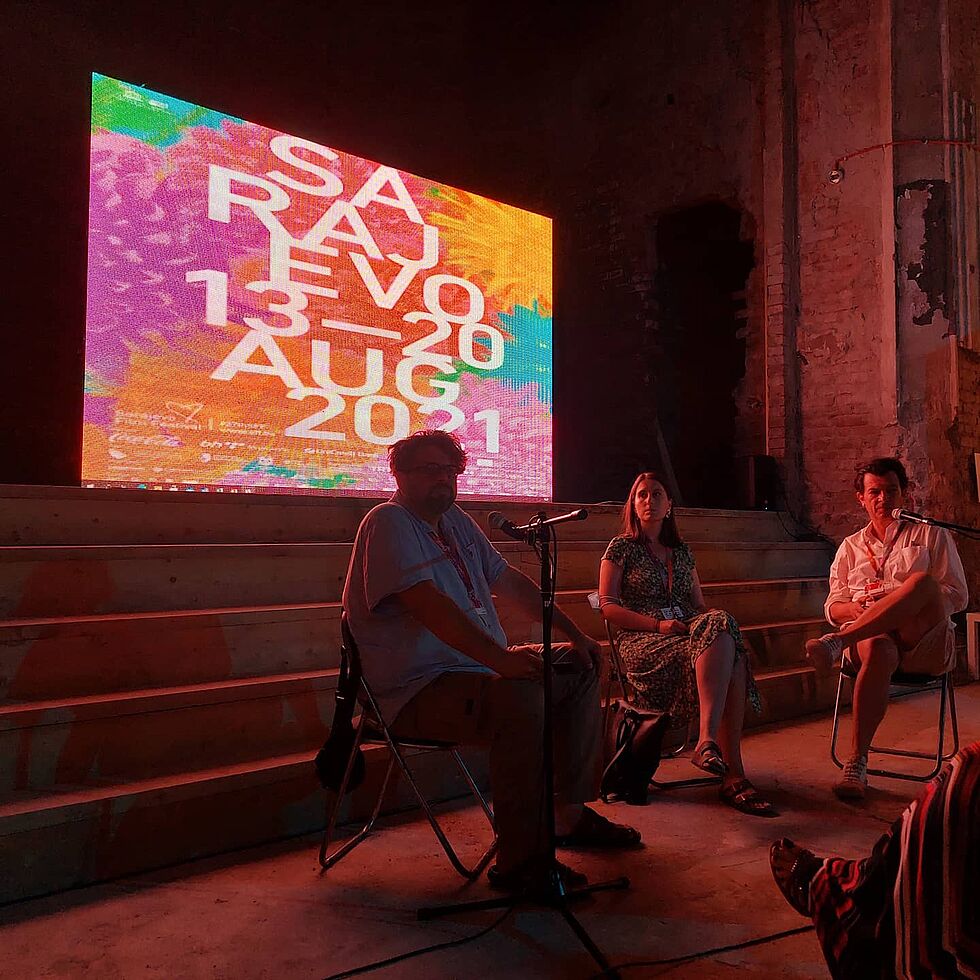 From 13th to 20th of August, Sarajevo was the home of the 27th installment of Sarajevo Film Festival, one of the most significant cinematic and…