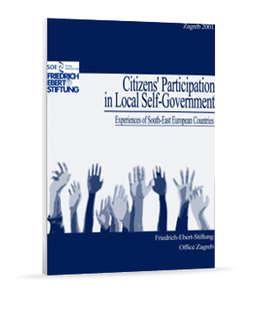 The publication of Citizens’ Participation in Local Self-Government is the result of the workshop in Sarajevo/Bosnia and Herzegovina (end of September 2001), organised by the Zagreb and Sarajevo office of Friedrich Ebert Stiftung within its regional project ”Local Self-Government and Decentrlisation in South-East Europe”. In the context of the Stability Pact for South-East Europe and in co-operation with national institutions the Friedrich Ebert Stiftung has initiated a regional project to analyse the situation and the reforms of self-government and decentralisation in the countries of the region, covering Albania, Bosnia and Herzegovina, Bulgaria, Macedonia, Croatia, Serbia, Slovenia, Romania, and Hungary. 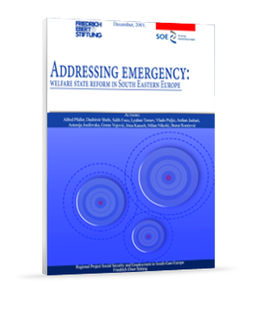 The publication is the result of the first phase of the project which resulted in ll case studies in all the Balkan countries (including studies about Serbia, Montenegro and Kosovo) and their comparative debates in three regional conferences during the course of 2001. The studies are supposed to offer an overview about the situation and the perspectives of the social dimension of the transition process, and debate the importance social security and employment have for the development strategies in the countries of the region. They analyze success and failures of transformation and reform projects in the social area, and identify the major challenges ahead.

Conference on European security in Sarajevo 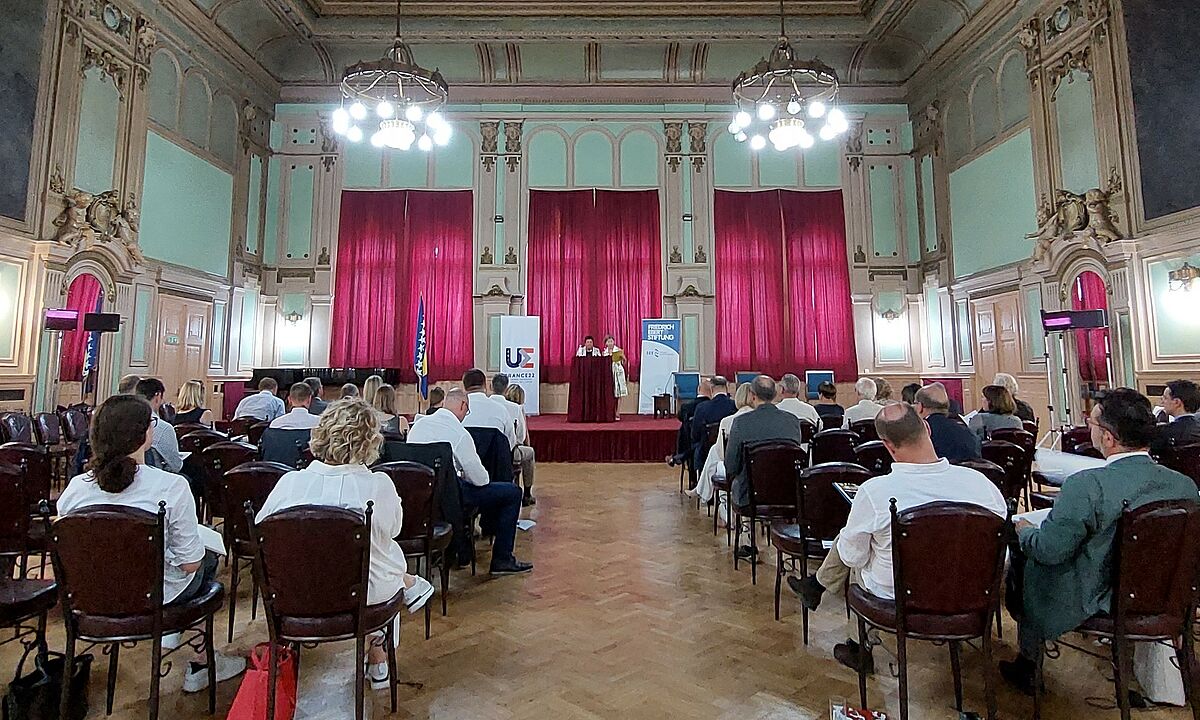 Closing the French Presidency over the European Council, in the spirit of Austro-French-German friendship, the Embassies of France, Germany and... more Information 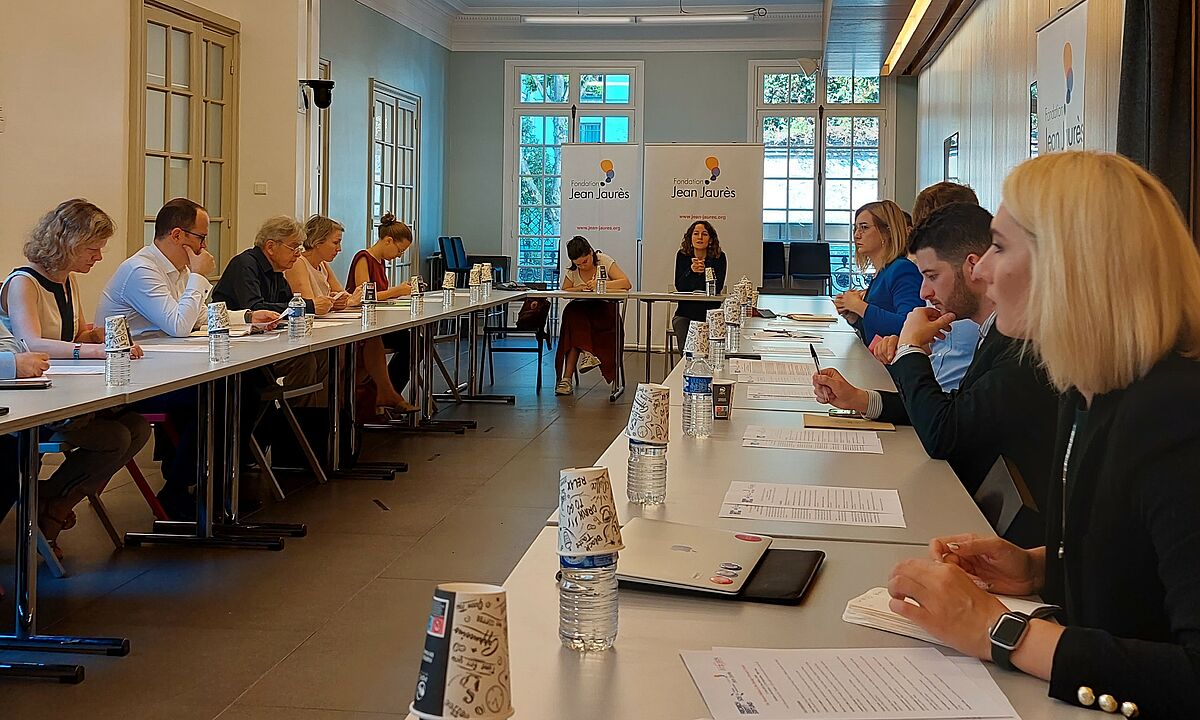 On June 23rd, Friedrich-Ebert-Stiftung Dialogue Southeast Europe, in cooperation with the Austro-French Center for Rapprochement in Europe and... more Information

Ahead of this week’s European Council, progressive MEPs and MPs urge EU leaders to take resolute actions toward the Western Balkans 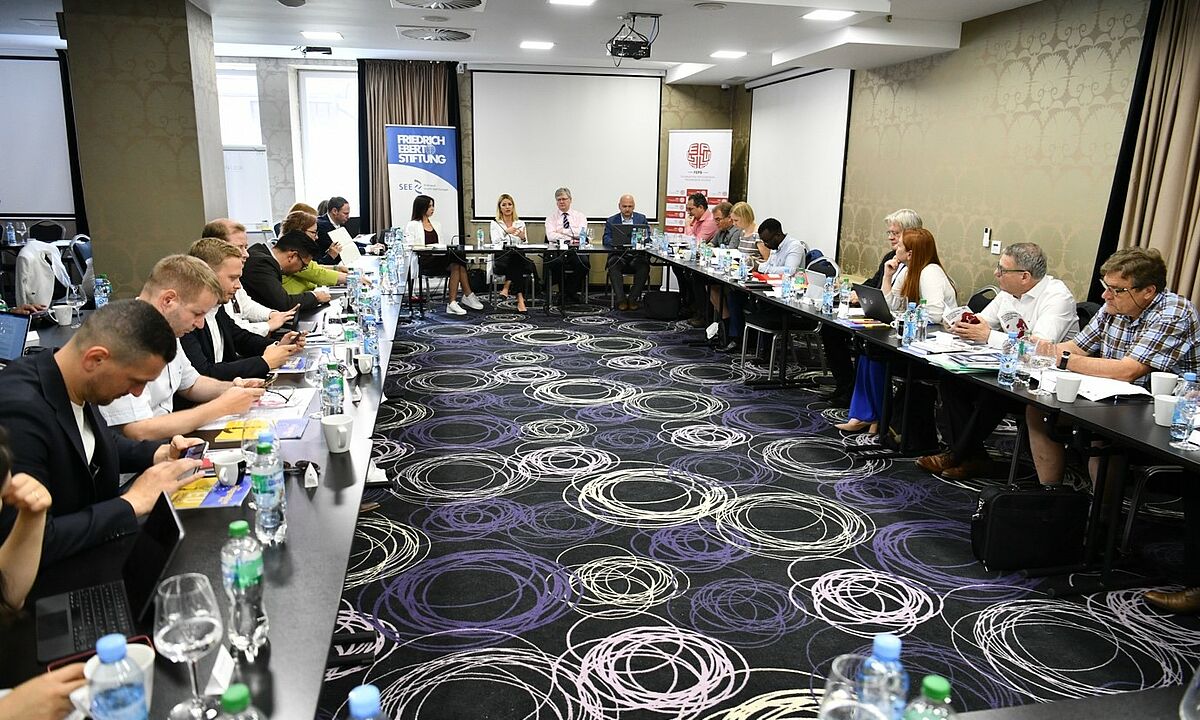 On 17 and 18 June, the ‘Friends of the Western Balkans’, the newly established network of social-democratic Members of Parliaments and Members of the... more Information 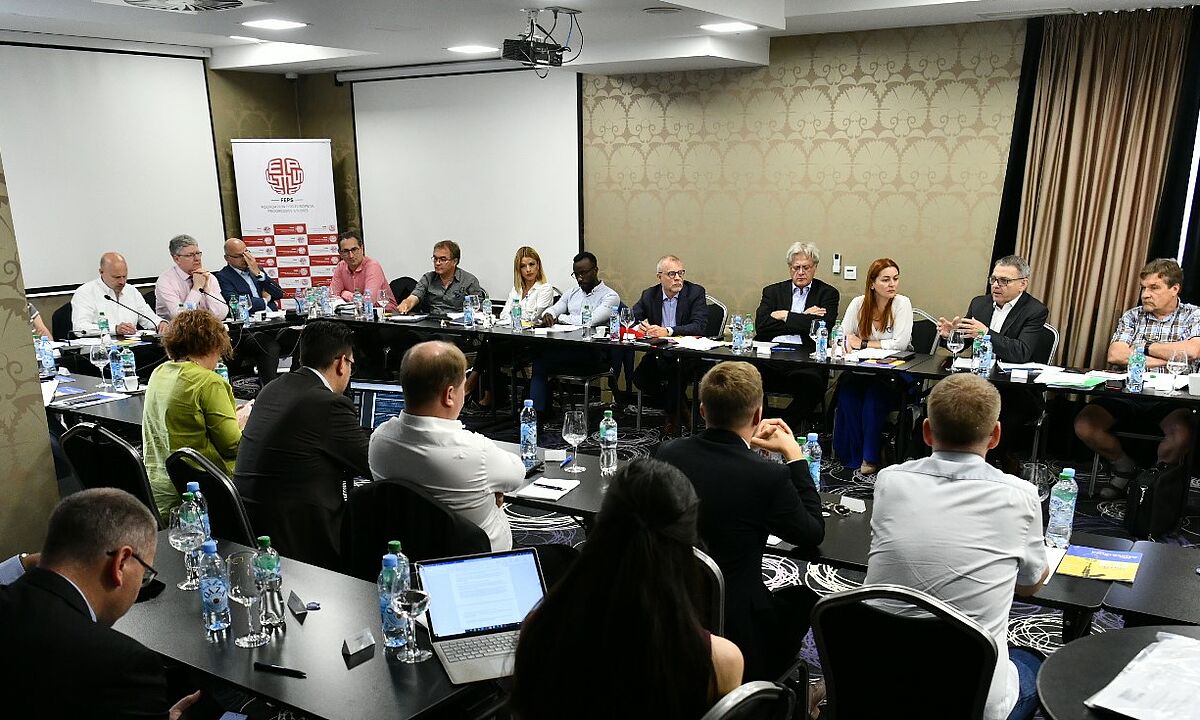 Sarajevo hosts the first 'Friends of the Western Balkans' meeting – a newly established network of social-democratic Members of Parliaments and... more Information 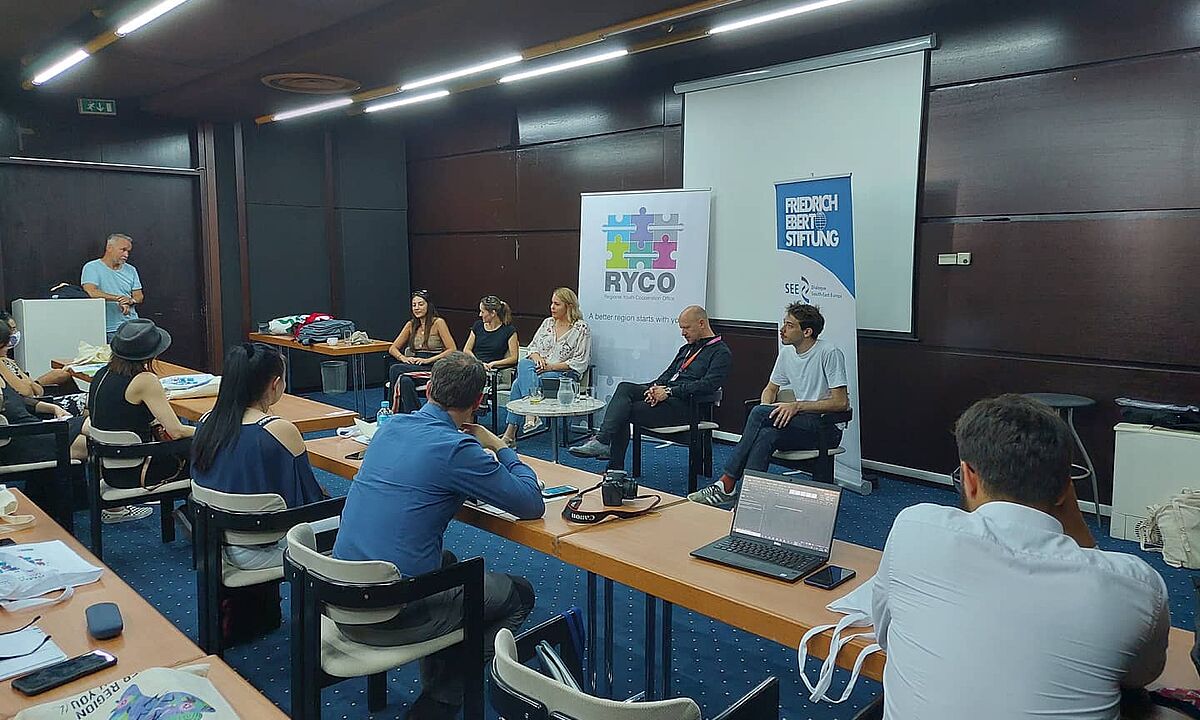 This programme will gather youth from the Western Balkans to attend Sarajevo Film Festival and through their eyes tell the story of intercultural... more Information

Western Balkans Manifesto for the Future of Europe: Presentation in Vienna 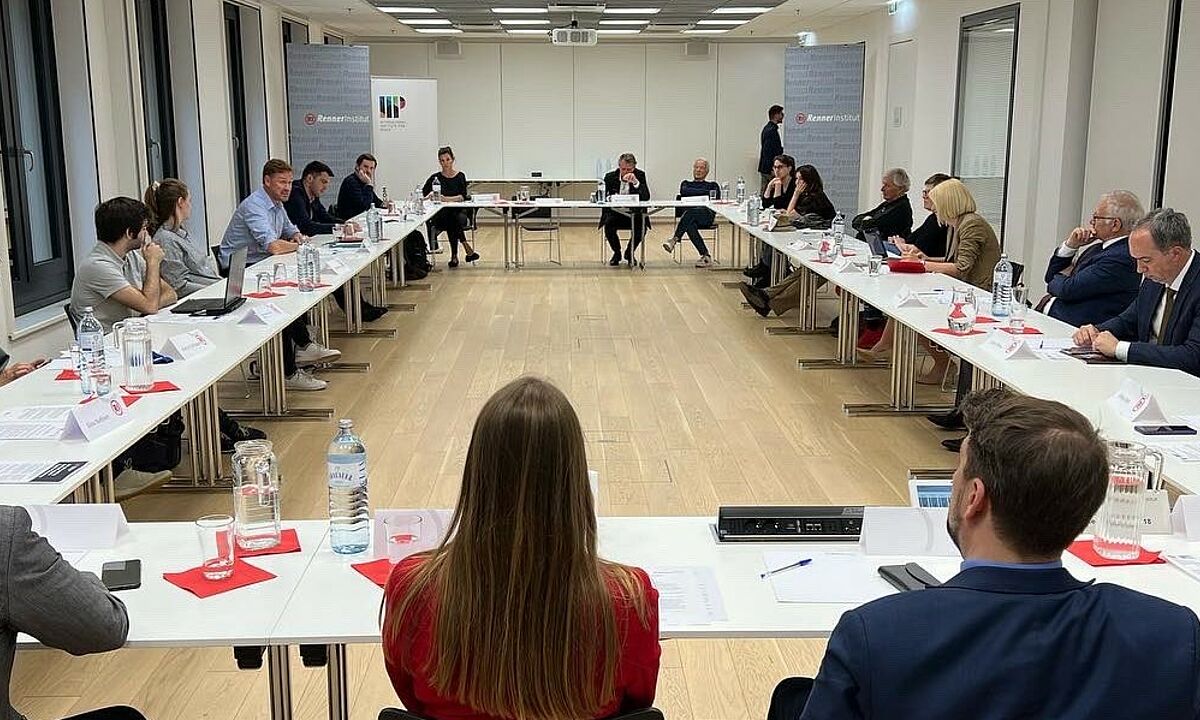 On the 17th of May, the Friedrich-Ebert-Stiftung Dialogue Southeast Europe cooperated with the Austro-French Centre for Rapprochement in Europe, the... more Information 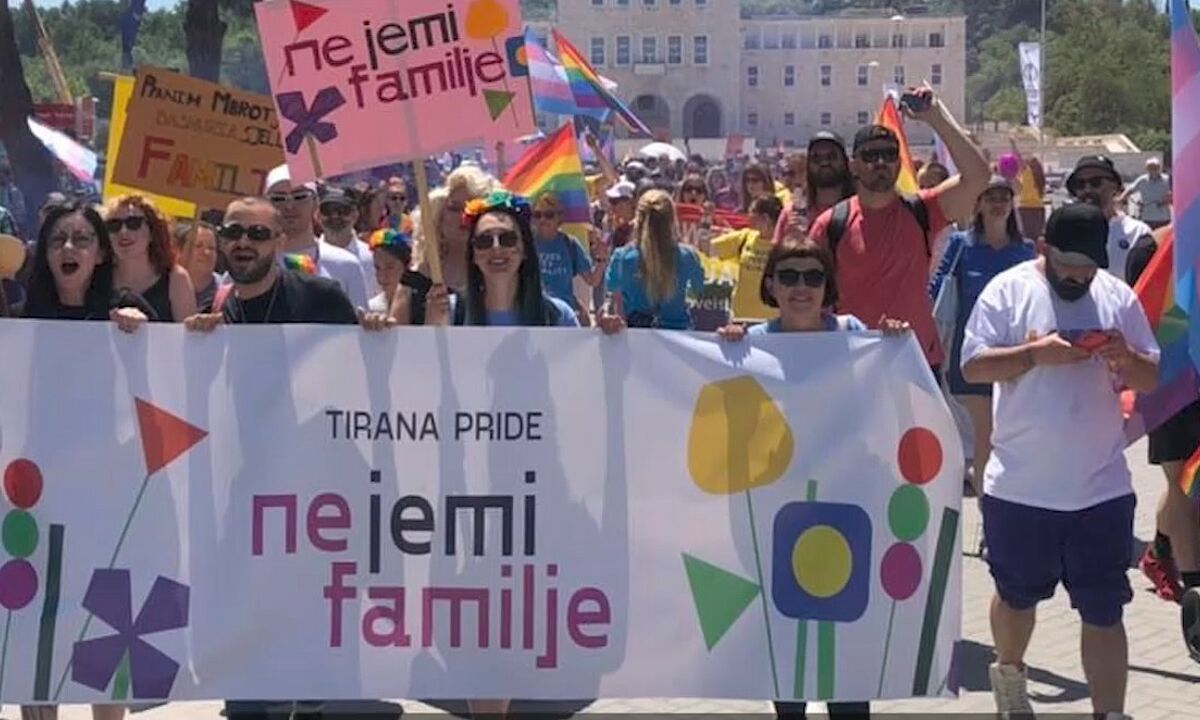 In the newest episode of ConFESsions, Hana spoke with Arbër, executive director of OMSA, an Albanian organization fighting for equality for LGBTQI+... more Information

Workers without Borders: The rights of workers from the Balkans in the EU 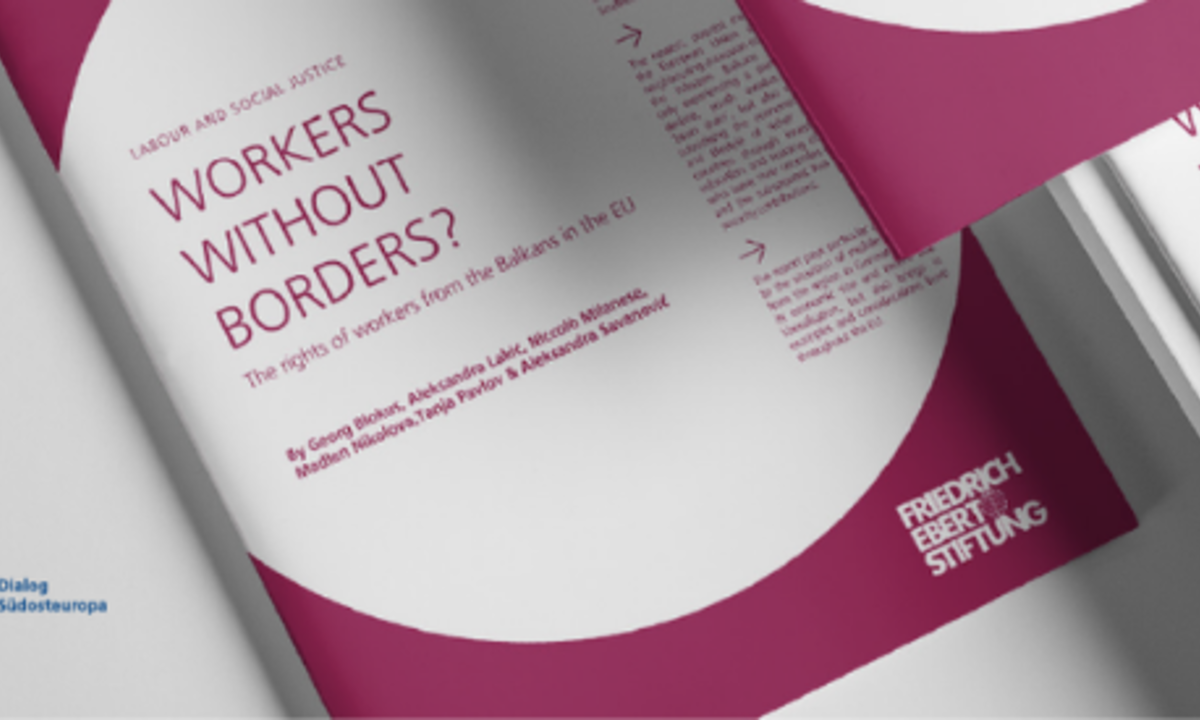 New publication in cooperation with European Alternatives gives fore to Workers without Borders, or more precisely, the rights of workers from the... more Information